*Damned If You Don't by Linda Parisi Blog Tour & GIVEAWAY* 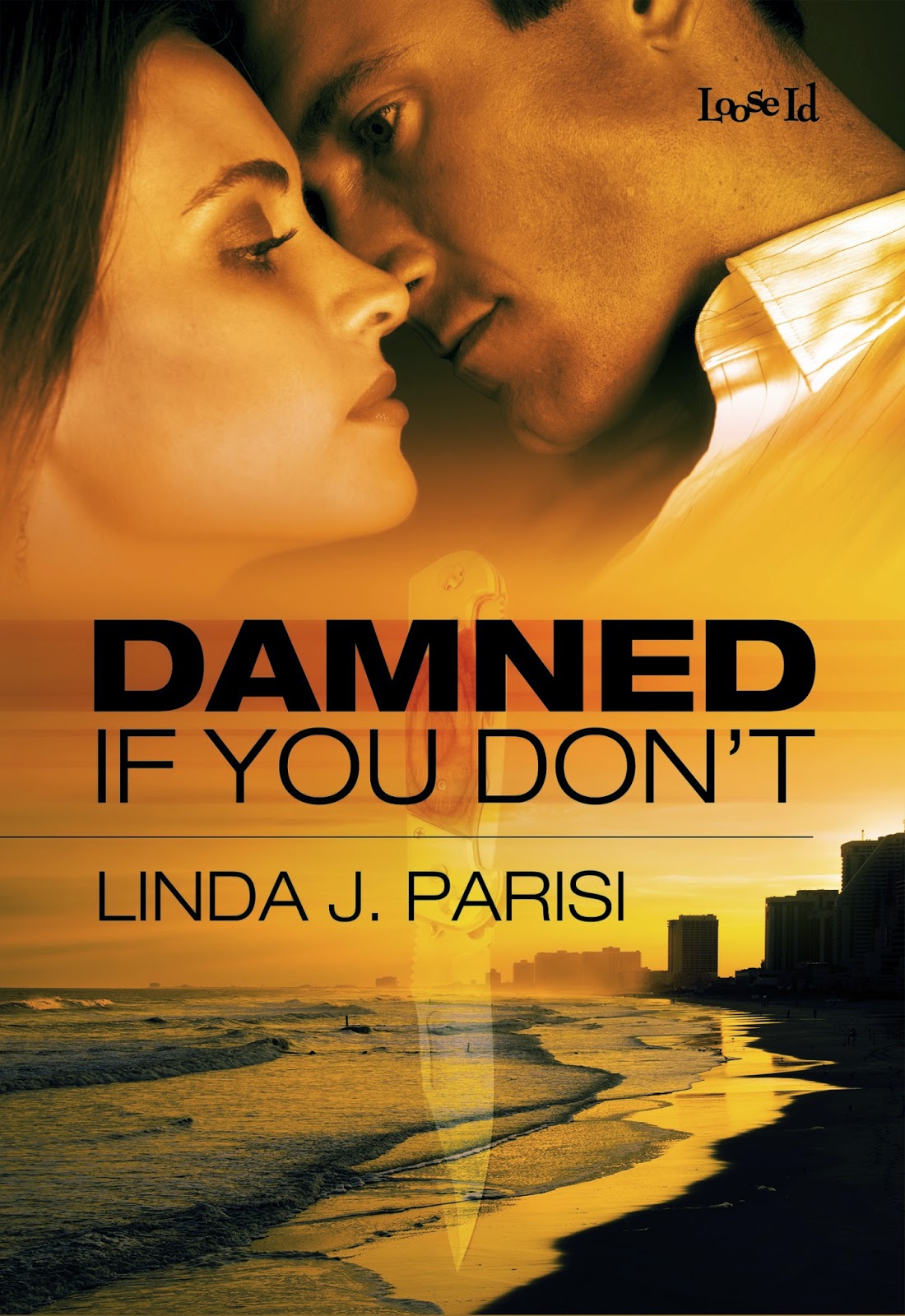 Andrew Jackson “Jack” Kent’s on the hunt for white collar criminals, and as a private investigator he always gets his man. Except in this case it’s a woman, the brilliant cellular kineticist Dr. Morgan Mackenzie, whose next thrilling discovery is—him.
On the run from her employers with the formula for a priceless but deadly diet drug, Morgan agrees to a night of pleasure with the outrageously sexy stranger. But when she leaves the next morning, Jack won’t let her get far, and that’s when she realizes the horrible truth. Her cowboy on a white horse isn’t a hero after all. He’s part of the posse.
Yet when Jack goes to turn Morgan in, he learns who the real criminals are, and suddenly, it’s a race against time to find a murderer before they’re killed themselves. To do that Jack needs to convince Morgan he’s on her side. Even though she doesn’t trust him, Jack is a drug she can’t resist, leading her to find out that more often than not you're Damned If You Don't fall in love.

Let multi-published author Linda J. Parisi take you through the darker, spicier side of Romance with her Paranormal, Paranormal Romantic Suspense, and Romantic Suspense tales. Winner of the New Jersey Romance Writer’s Golden Leaf Award for Best First Book for her novel, Noble Blood, and winner of the 4th Annual Stroke of Midnight Contest for her novel, The Joining: Bound by Blood, Linda is a long-time member of the RWA and the current secretary of Liberty States Fiction Writers. Linda has seen the publishing industry turn upside down yet stay the same because everyone loves a well-written Romance. She lives in New Jersey with her husband, John, and a family which includes Audi, a Cocker Spaniel mix who had her at woof!

a Rafflecopter giveaway
Posted by Unknown at 11:52 PM