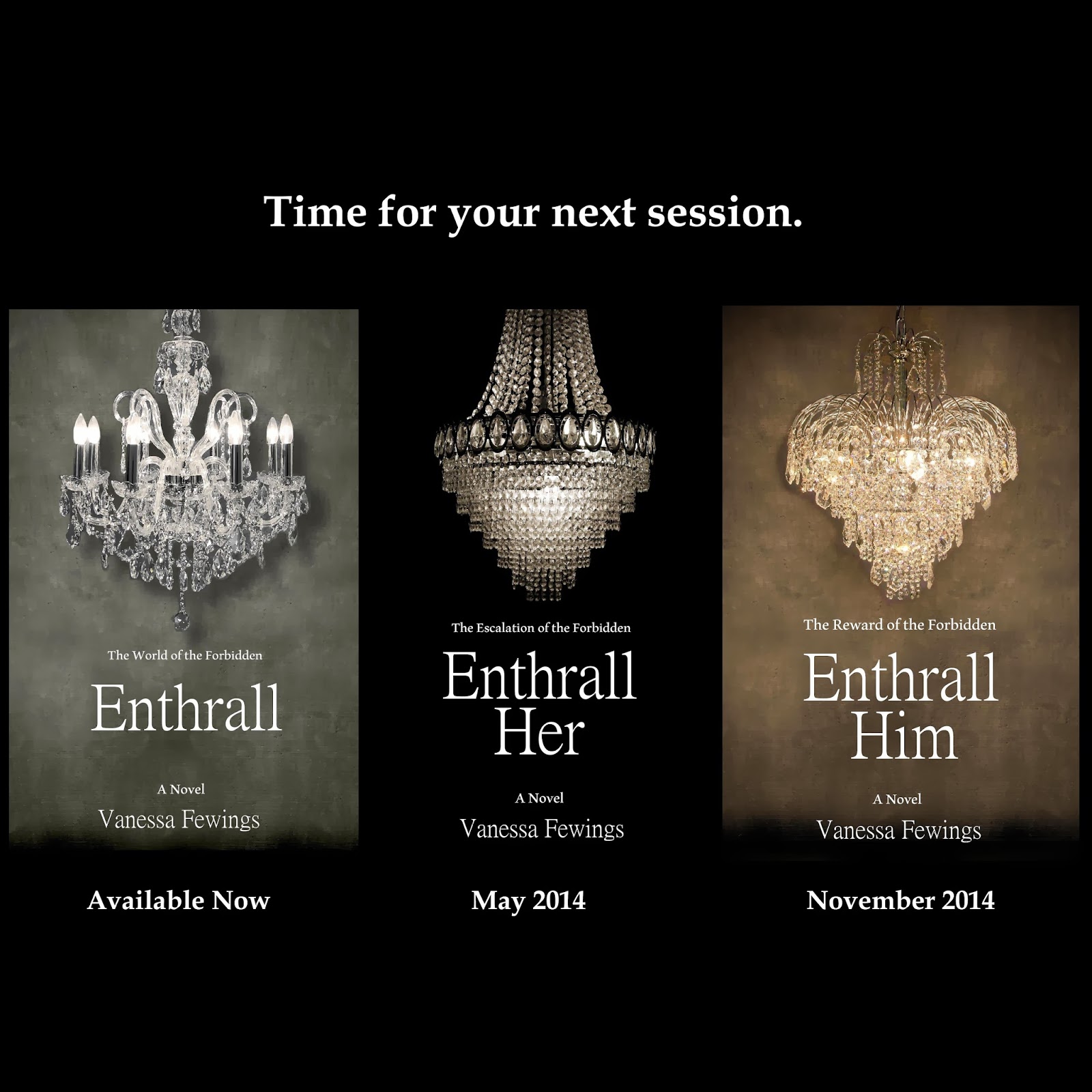 Enthrall (Enthrall Sessions #1)
Publication Date: January 14, 2014
This is the world of the forbidden. This is the embrace of Enthrall. Mia Lauren is a single, twenty-one-year old working in a West Hollywood art store who dreams of one day becoming a fashion designer. When an unexpected offer arises to work at Enthrall, L.A.'s premier fetish club for the wealthy, Mia accepts. It's a salary beyond her wildest imagination. Mia becomes the secretary to the club's assistant director, blond and broody Richard Booth. Richard is not only one of L.A.'s most beautiful and wealthiest men, he is also the club's senior dominant. Mia is both drawn and terrified when he reveals flashes of his white-hot passion, threatening an unbound pleasure like no other. She knows her attraction may be her undoing, but the spellbinding feelings render her powerless to resist his advances. What Mia cannot know is that Enthrall's dashing director, thirty-year-old Cameron Cole, who is also the club's psychiatrist, has lured Mia to save his best friend and patient Richard from his obsession with thrill seeking. Cameron masterfully sets up sexy scenarios to ensure the collision of Richard and Mia, hoping that love will save him. However, despite Cameron's noble intentions, he also finds himself enticed by Mia's haunting innocence. Passion and pleasure stir, forming a dangerous love triangle. This is the world of the forbidden. This is the embrace of Enthrall. 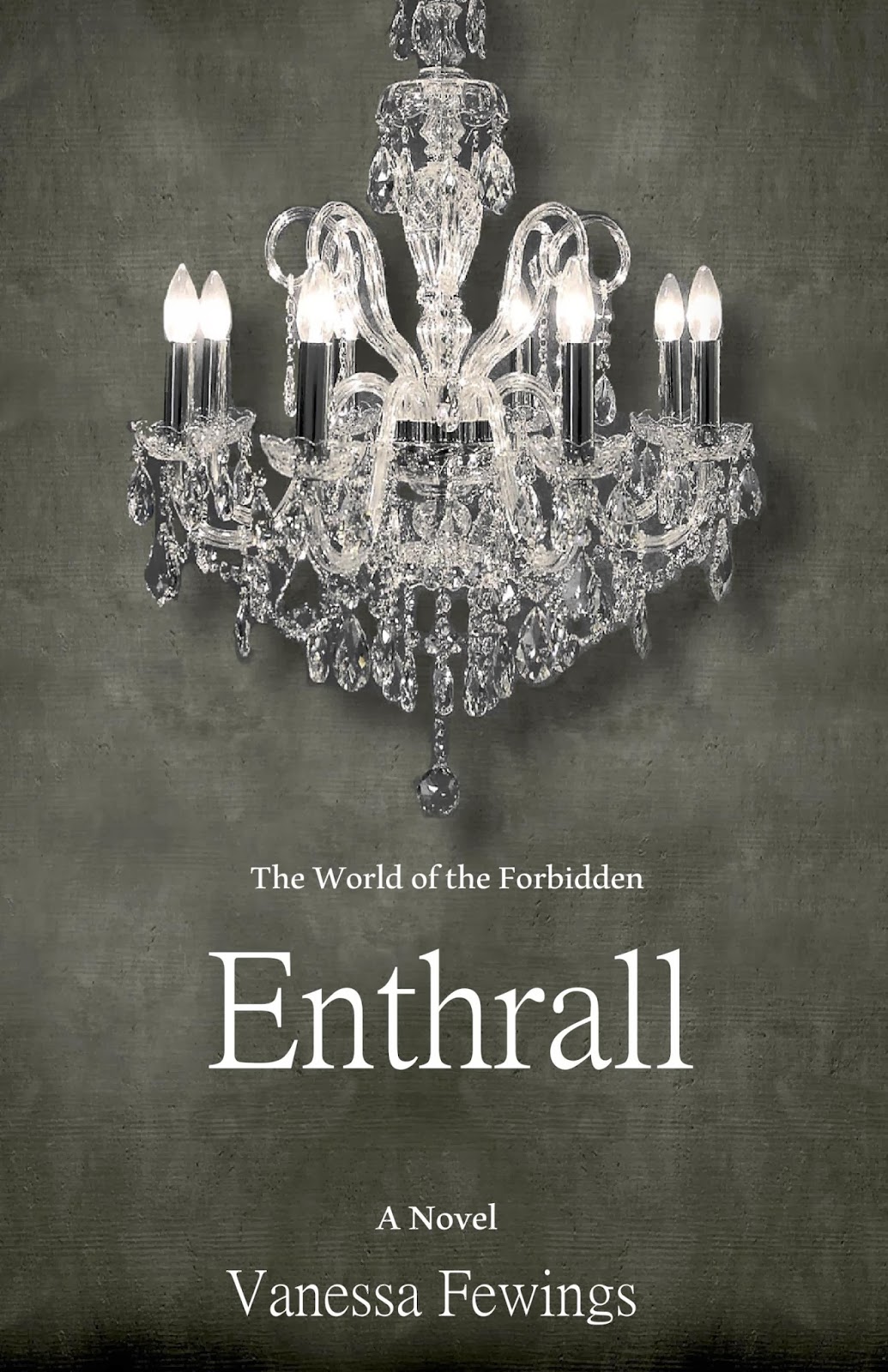 Enthrall Her (Enthrall Sessions #2)
Publication Date: May 13, 2014
This is the escalation of the forbidden. This is the power of Enthrall. Deemed too feisty to train. Too defiant to dominate. Mia's journey into the world of the forbidden takes its next step. Richard Booth, her master, must make the crucial decision...let her go or give her over to the only man who can her truly subjugate her, Cameron Cole, Director of both Enthrall and the preeminent BDSM manor Chrysalis, and a connoisseur of the dark arts. Cameron's gift with shaping blossoming submissives will ensure Mia reaches her potential, a destination that may take her too far. Mia's choices will lead her to places both within and without that she never dreamed possible. But when her training is complete, will Cameron be able to return her to Richard, or will her transformation have bewitched him beyond repair? 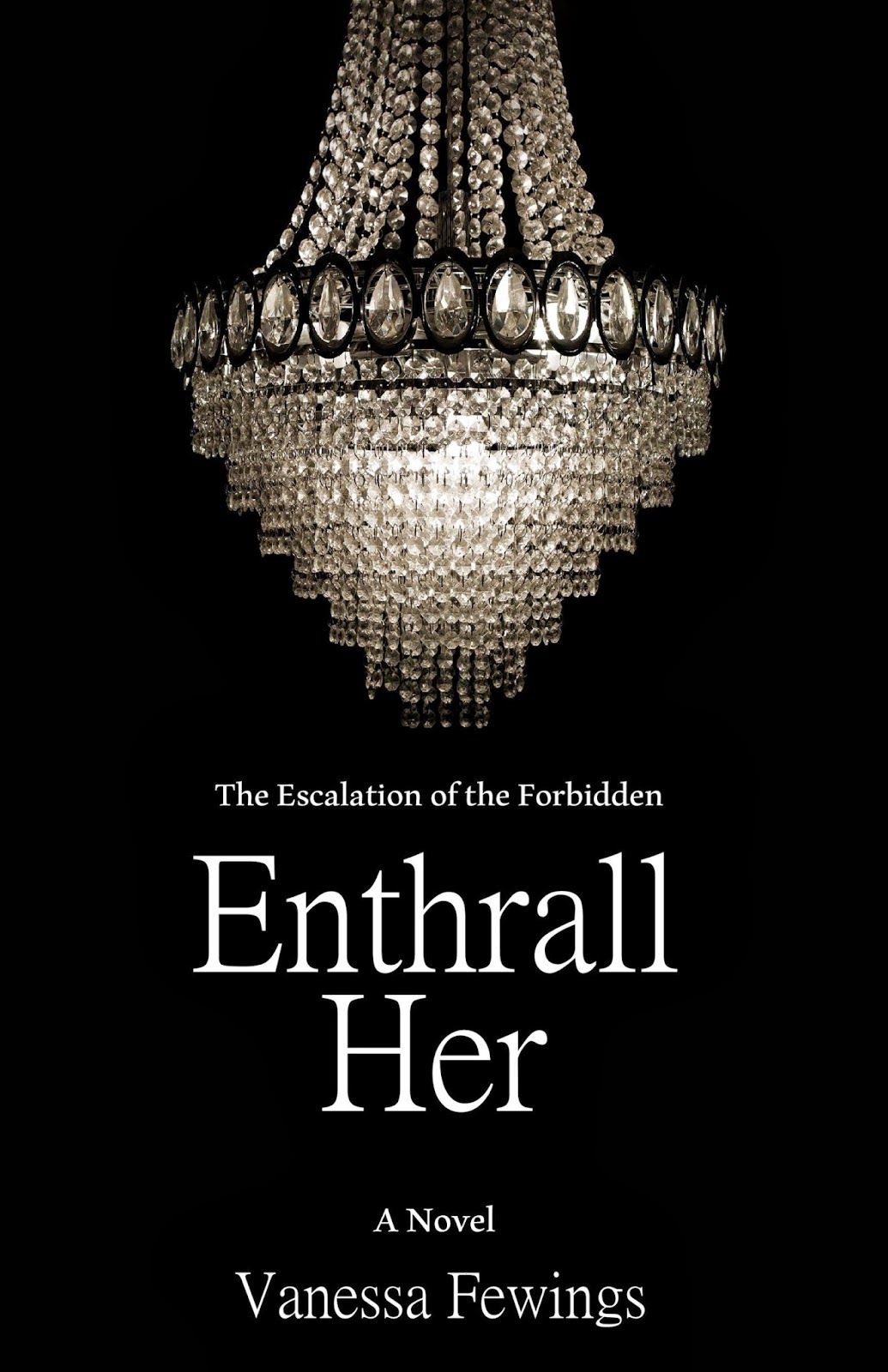 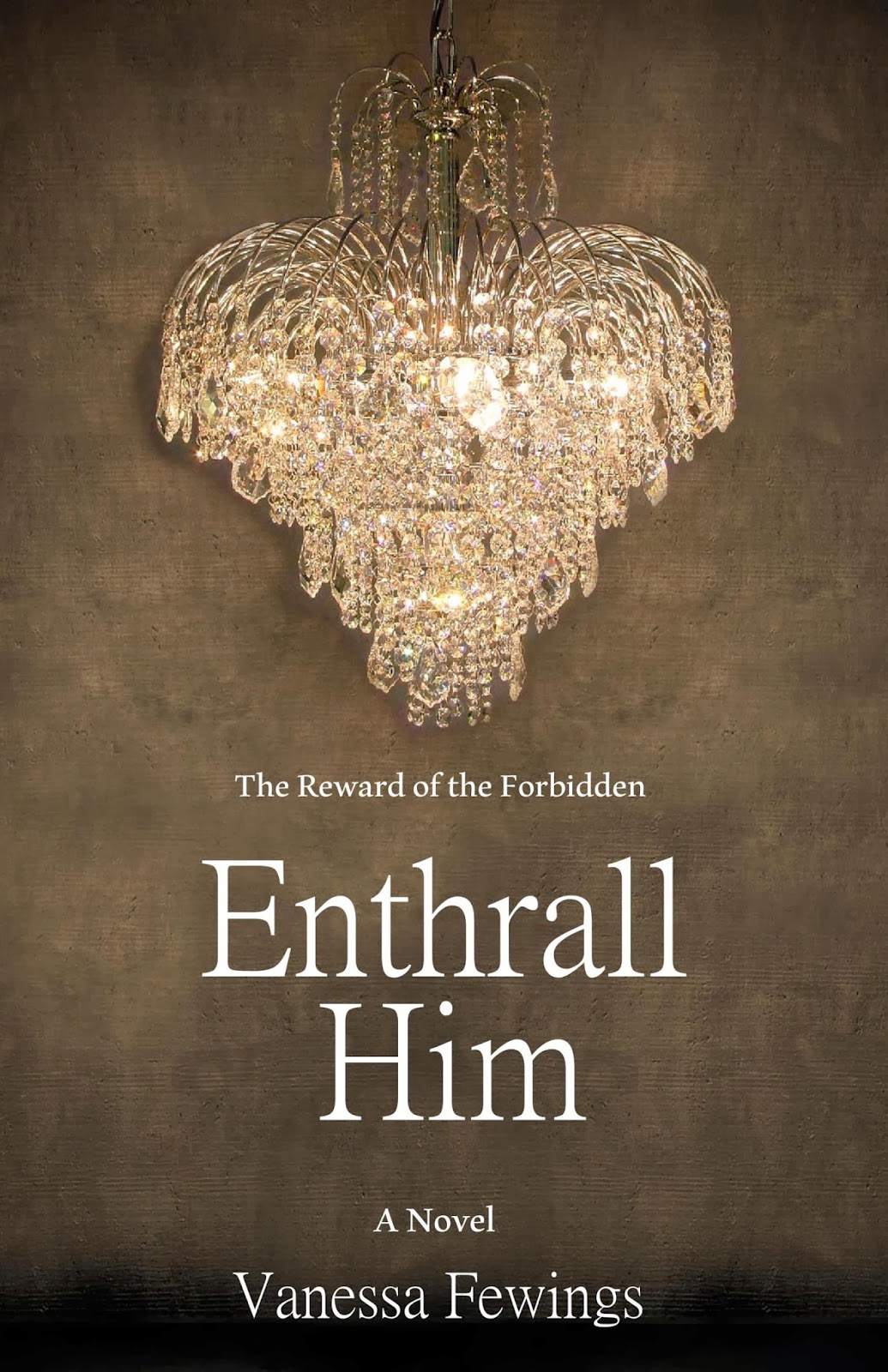 Vanessa Fewings is the award-winning author of The Stone Masters Vampire Series. The fourth installment in the series, Bohemian, was released in October. Vanessa is currently writing book two in her erotic novel Enthrall trilogy. Piper Day's Ultimate Guide to Avoiding George Clooney is her latest novel. Co-written with Author Christina Cannarella, their fresh and laugh out loud romantic comedy has already garnered a buzz of excitement from readers around the world. Prior to publishing, Vanessa worked as a registered nurse and midwife. She holds a Masters Degree in Psychology. She has traveled extensively throughout the world and has lived in Germany, Hong Kong, and Cyprus. Born and raised in England, Vanessa now proudly calls herself an American and resides in California with her husband. Vanessa Fewings is repped by management firm IPG. 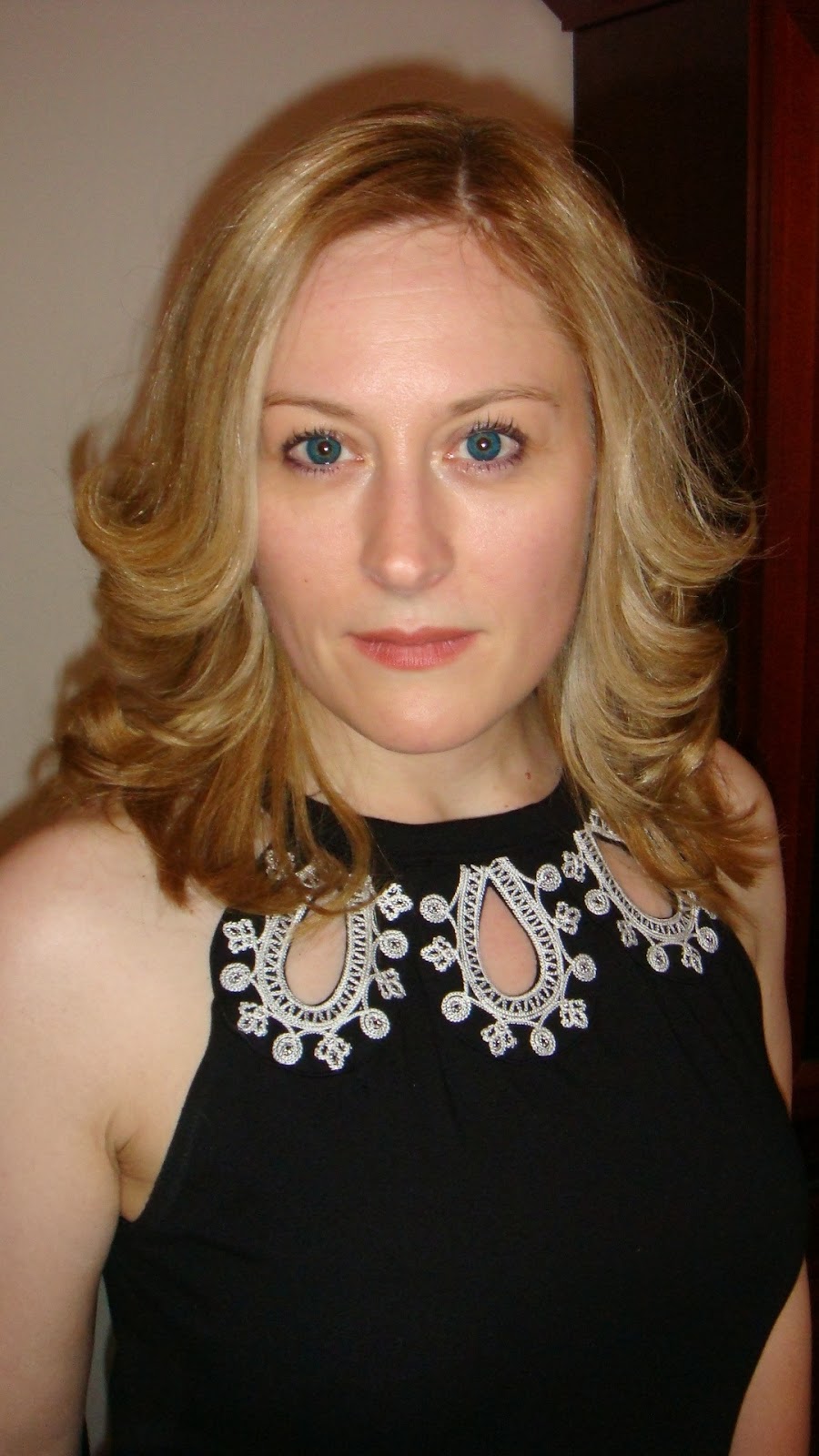