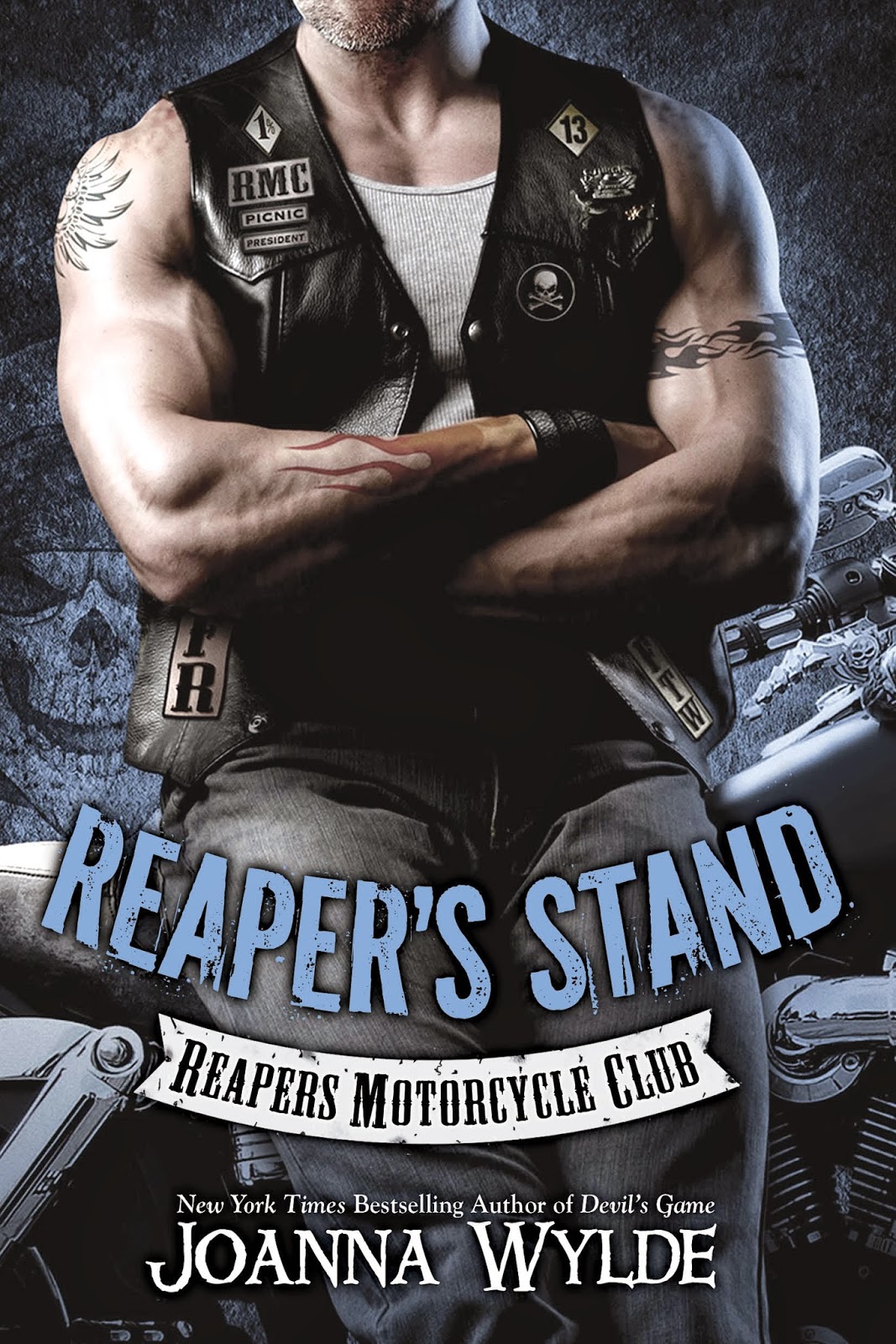 As Reapers Motorcycle Club president, Reese “Picnic” Hayes has given his entire life to the club. After losing his wife, he knew he’d never love another woman. And with two daughters to raise and a club to manage, that was just fine with him. These days, Reese keeps his relationships free and easy—he definitely doesn’t want to waste his time on a glorified cleaning lady like London Armstrong.

Too bad he’s completely obsessed with her.

Besides running her own business, London’s got her junkie cousin’s daughter to look after—a more reckless than average eighteen-year-old. Sure she’s attracted to the Reapers’ president, but she’s not stupid. Reese Hayes is a criminal and a thug. But when her young cousin gets caught up with a ruthless drug cartel, Reese might be the only man who can help her. Now London has to make the hardest decision of her life—how far will she go to save her family?

Let me just say, first of all I love Joanna Wylde and I love the Reaper's MC Series... I'm OBSESSED with it. This cover is amazing and it just pulls you in and say's "Buy me, you know you want to!" I can't wait for this book to be released!

HERE: AMAZON
Posted by Unknown at 2:13 AM