What happens when you win a love you don’t think you deserve?

Long distance relationships are tough and there are two sides to every story. No one knows that better than Jake Morgan and Madi Ryan. It’s not just about falling in love; it’s about staying together when everything in the world wants to tear you apart.

When Madi’s attacker is released on bail, Jake decides he’ll to everything in his power to protect the woman he loves, even if that means keeping secrets. Strange emails and photos appear on Madi’s computer, warning her that Jake is not what he seems. Madi’s faith in him begins to waver, especially when Jake becomes linked to beautiful actress, Allison Gregory. Although he promises there is nothing between them, outside forces push Madi’s trust in him to the breaking point.

Jake is willing to move heaven and earth to prove to Madi just how much she means to him. But when everything in their lives comes crashing down, will Madi be able to trust her heart or will she lose the only man she’s ever really loved?

Can two people stay together when one of them is always waiting to lose? 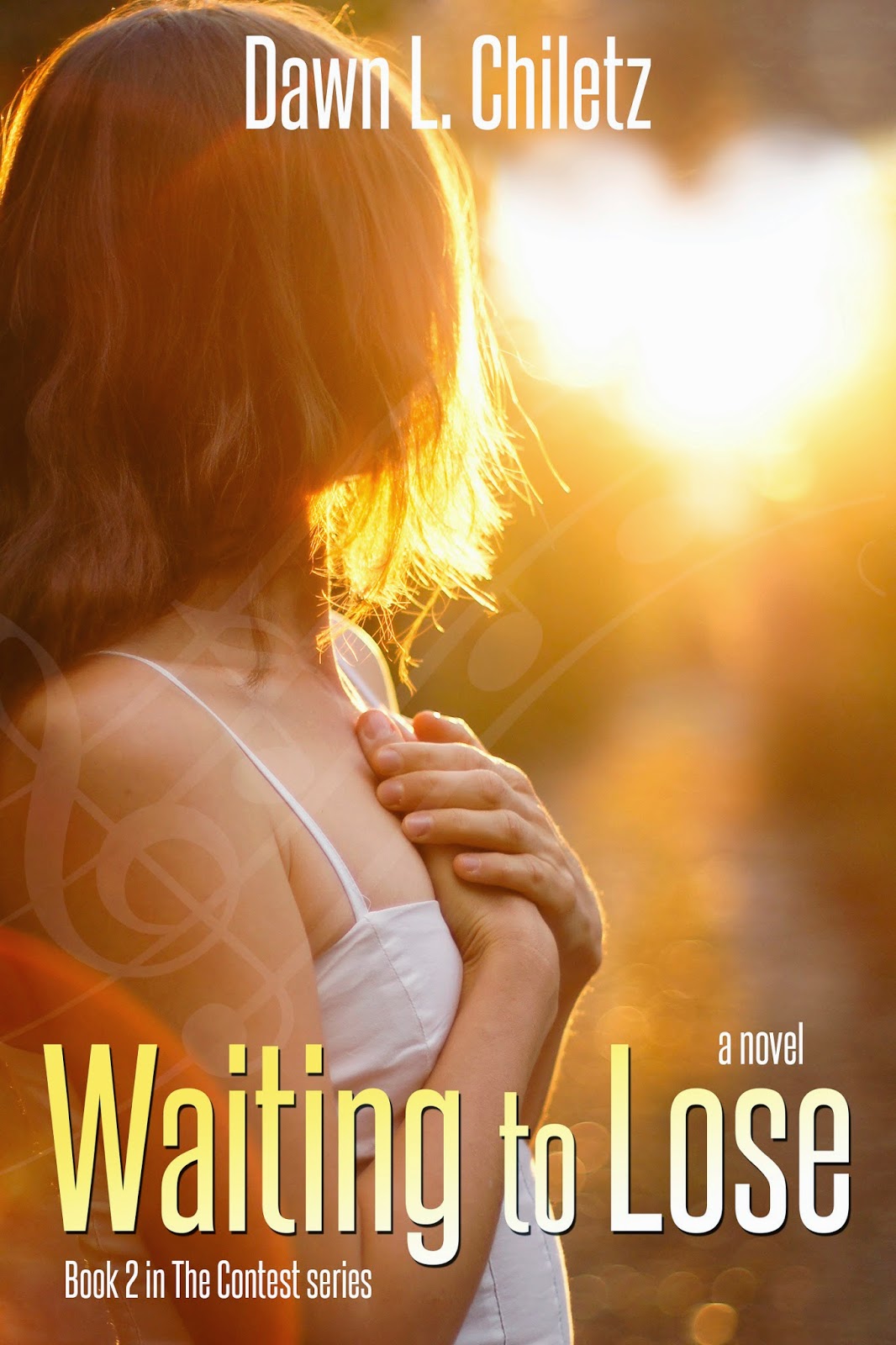 Within a few seconds, the need to talk returned and she dashed to find him. Just as she was about to turn the handle, Jake opened the door. They both stopped in surprise. There was something about the way he looked at her. In those brief seconds, he looked angry, frustrated and hot as hell. Before she knew what she was doing, she flew into his arms and locked her lips with his. He grabbed onto her and pushed his tongue into her mouth as his hands gripped her waist. His fingers rushed into her wet hair, releasing the bun. They moved backward with purpose, onto the bed, as Jake deftly stripped her of her jeans, shirt and bra. Before she knew it, she was under him and he was unzipping his jeans. He pushed her underwear to the side as he entered her, as if there wasn’t enough time to remove her panties before he had to have her. She moaned at the feel of him. She clenched her muscles around him as his mouth pressed against hers. He was fucking her and she wanted it. Sometimes, love was slow and deliberate. Other times, it just needed to be thrust into your veins like a drug through a needle—painful for a moment, but worth it for the ecstasy that followed. 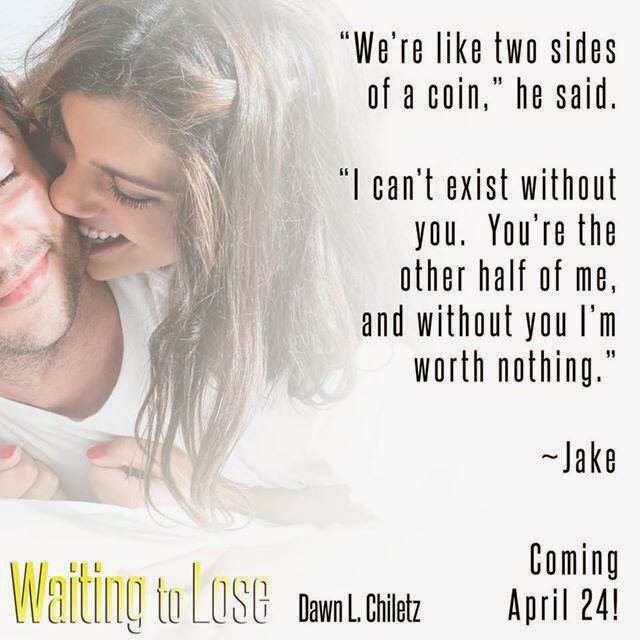 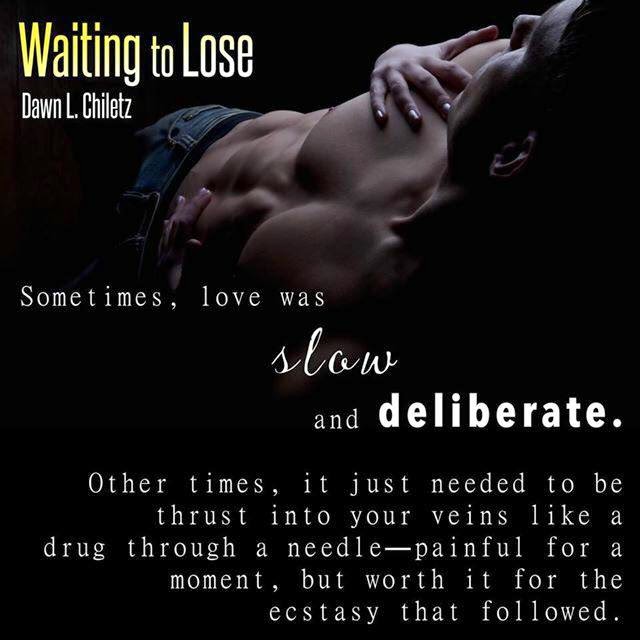 A slow, devious grin crept across her lips, and Jake desperately needed to know her thoughts. “Mads, for the love of God, you need to tell me what’s going on in that head of yours.”
“Didn’t I just tell you that I wanted the steak?”
Jake’s mind raced back to Madi, standing in red garter belts, drunk out of her mind in his apartment in L.A. He remembered her telling him she’d always had the chicken salad because it was safe. Back then she’d also said she wanted the steak. She said he was the steak. “Are you hungry?” he asked, motioning toward the table.
Madi’s smile widened as she glanced over his shoulder at the table of food. “That’s not the steak I want.”
Jake closed his eyes and smiled, shaking his head. He opened them suddenly when he felt her fingers begin to unbutton his shirt. He followed her trembling hands with his eyes as they deftly stripped his chest. Madi took a deep breath, and Jake smirked as her eyes traveled the length of his torso. She flexed her hand over his pecs before circling the nipples on his chest and running her fingers through the small amount of hair there. She smiled and sucked in her lip as her hand gently examined each one of his stomach muscles. That same electricity they had between them before was present like another force in the room. Her touch sent shivers through him, directly to his manhood.
“You are a beautiful man, Jake Morgan.” She turned behind him, pulling his shirt down his arms. She skimmed her fingers over him, kissing his shoulders.
“I assume you’re satisfied with the cut of your steak?” he asked with a mischievous tone as her hand reached around him and squeezed his stomach. Her tongue and lips kissed the area between his shoulder blades. He could feel a smile in her kiss. Jake closed his eyes and tried to remember to breathe. His mind went back to the morning he awoke with her hand on his stomach. He remembered her saying how tight it felt and how she had wanted to touch him. He also remembered her bare legs wrapped in the covers. He felt a twitch in his pants. They were suddenly becoming a little too tight.
He almost said something, but he couldn’t focus on anything but the way her touch made him feel. He’d denied himself her for so long. He silently promised himself that he would never take a single kiss from her for granted. She continued to press her lips to his back as her hands made their way down to his belt. She quickly unfastened it, undid the button of his jeans, and gently pulled his zipper down. Jake could feel the effect she was having on him and wondered how long he’d be able to stand still. Her hand reached inside his boxer briefs and found him. He couldn’t help the sharp intake of air that left his mouth at the feel of her hands on him. She stood there for a few moments with her lips on his back and her hands knowingly stroking him from behind, as if she could read his inner thoughts and desires. Before he knew it, Madi turned and was on her knees in front of him. “Jesus... Madi…” He could barely get her name out as he panted.
“I… want… the… steak. This piece of steak.” Dawn L. Chiletz released her debut “The Contest” in October 2014. “Waiting to Lose” is her second novel in the Contest Series. She currently resides in Illinois with her husband, two boys and two dogs. 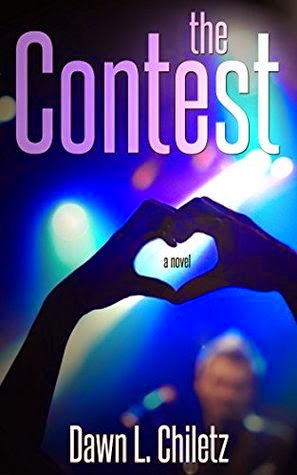 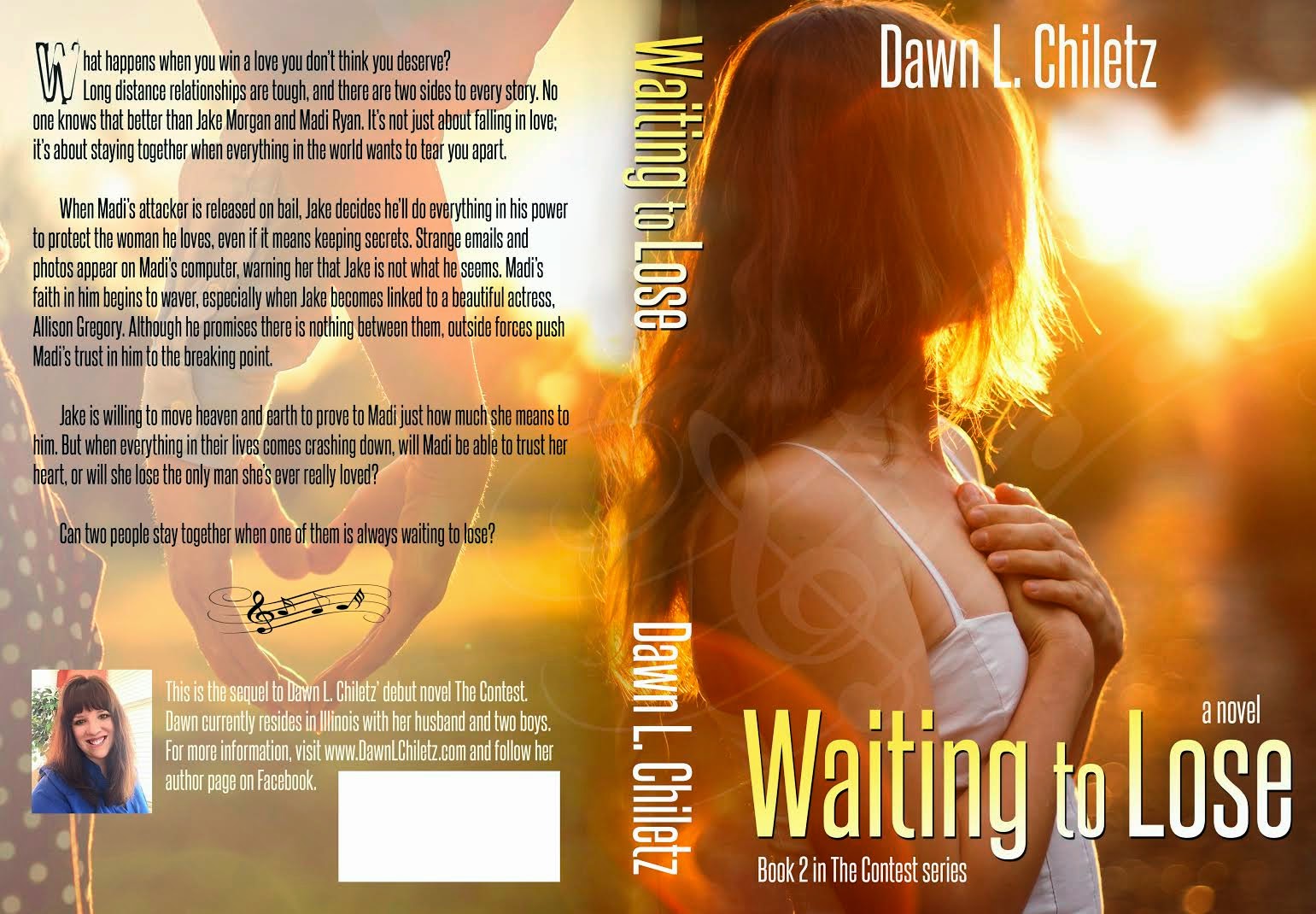