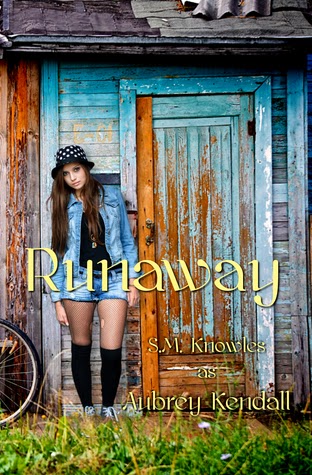 It can always get worse...

Courtney's home life is hell. With an abusive drunk as a dad, who likes to put his hands on her. She can't escape. Even school isn't an outlet with the bullies. What can she do? 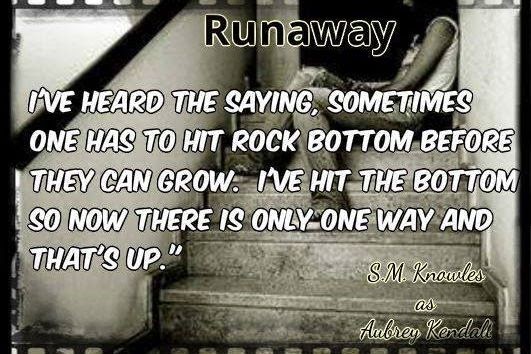 Leave. Running away is her only option to get away from the hell she lives in. Courtney doesn't know what kind of life she is in for when she does.

"Sex, drugs and alcohol. That's all we are?"- Courtney

Living on the streets, dumpster and abandon apartments, she's now a street kid. When she gets roped into dropping drugs on unsuspecting  people, that's when it all goes down hill. Yes, she will have a safe place to lay her head at night and stay with her street friends, but everything isn't what it seems...

"Maybe this can be forever."- Courtney

Once you enter the life Courtney has, there is no escaping. She's seen it with her own eye's.

"We won't lose each other. You are everything I ever wanted."- Braxton

Meeting Braxton, the Kingpin's son will change. Can they escape this life, or will they always be running?

Runaway is truly a story of 'Is the grass really greener on the other side'. Courtney just wants to get away from the abuse she suffers, but in turn she puts herself in major danger. Living on the streets, almost getting rapped, killed verses being a punching bag. Those two options don't outweigh each other, they both suck. I wanted to help Courtney, to shake her to tell her to wake up and grow up. Everyone is out for their self, she needs to run and never look back. I felt for her. The character's surrounding her made her stronger and gave her the seance of family, but still danger was always lurking. The talking to herself during the book got a little annoying to me, but I was able to get over it and continue and I'm glad I did. I had to see what happen to her and how or if she survived this life she put herself in.
Posted by Unknown at 12:13 AM