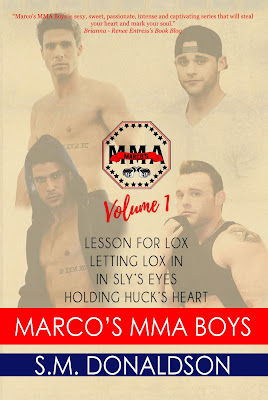 
I’m Lox Storm, I believe everything in life is some sort of lesson. One night with a stripper damn sure taught me one. Don’t EVER let a chick you barely know handcuff you to a hotel bed…No matter how hot she is.


Lesson learned … maybe
~Letting Lox In~
Sloan Foster was an honor student in high school, she had big plans for herself. Then she had the earth shattering realization that dreams were just that…dreams. Now a struggling 25- year- old single mom, she works as a massage therapist and is determined to take care of her son, Sage, on her own.
Loxley Storm was raised by his mom, his dad was a dead beat he never knew. Growing up, he had anger issues and got into a lot of trouble for fighting. Thankfully, a man named Marco took him under his wing and helped him learn to control his anger by fighting…in the ring. Now 26, he is an MMA fighter working to become pro.
An injury in a fight lands Lox on Sloan’s massage table, where sparks fly and neither can deny the attraction. Will she let Lox in? Or will she let her past ruin her chances of finding love again?
~In Sly’s Eyes~
Kara Chambers plays by her own rules, she has since she graduated high school. One night, that’s all she ever gives. One night and she’d be able to get the sexiness, known as Sly Webb out of her system. No complications, no awkwardness, just one night. Yeah, right.
Sylvester “Sly” Webb is living his dream, working full time at the gym for his surrogate father and now, a big MMA league wants to sign contracts with them. What else does he need?
Until meeting Kara for the first time, she threw him for a loop. All of that voluptuous sassiness made his head swim. Then she came to his fight and followed him home, but what happened next was something he thinks he’ll never understand. Now, he can’t get her out of his head. In his eyes she’s perfect, but how can he prove that to her?
~Holding Huck’s Heart~
Huckleberry “Huck” Webb cares only about the two F’s in life – fighting and being the man-whore he is you can figure out the other. As an up and coming celebrity in the MMA world, he can have all the women he wants, no strings attached. And he does.
Chelsea Harmon is the good girl in a mess. She lived her life under the long arm of the law, her detective father. She couldn’t wait to escape. The big world out there was hers for the taking. Only if something is too good to be true, it usually is. The good girl finds herself in a very bad situation with a very powerful and wealthy man.
Everything changes for them both when Chelsea gets the call to come home. What happens when two complete opposites find themselves together once more? Can Huck handle Chelsea’s past? Can Chelsea face it all and come out on the other side? After walking away once before, can Huck forgive the girl who always held his heart?
●●●●●●●●●●●●●●●●●●●●●●●●●●●●●●●●●●●●●●●● 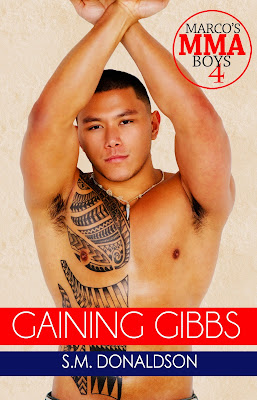 Clay Gibbs is an up and coming MMA fighter … with a past he wishes to leave behind. He has witnessed more brutality than any one person should. Losing it all has taught him to fight for the things that matter.


With no real family left, he has built a new one surrounded in his friends. They may not be blood, but they have a bond. In the center of it all is the one woman he finds he can’t be without. A fiery redhead that makes his heart beat wildly. He’s waited for her … can it finally be their time?


Jade Chambers is a firecracker. A ball of flames so hot she will burn through anything in her path to get the life she wants. After almost losing it all just as it began, she’s determined not to let anything slip through her grasp again.
The one thing she didn’t factor on was Clay Gibbs not fearing the heat. Will she love him or will she burn him?
●●●●●●●●●●●●●●●●●●●●●●●●●●●●●●●●●●●●●●●● 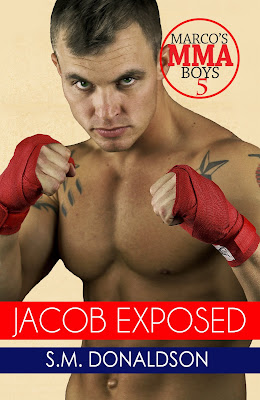 Jacob Foster knows all too well about living a life of lies and deceit. After a string of bad cases working for the CIA, he’s tired of the undercover world and agency politics. Needing to find himself again, he leaves everything behind to move home. Letting his focus be on helping his sister and her newborn son, he pushes the past behind him.


Life goes on, years go by, and he finds normalcy.


Roxanne Gilliland knew nothing but the life the ATF created for her from childhood. Following in her father’s footsteps, she’s let the agency direct her world. But there is always the one case that comes along. That one case takes everything and everyone away from her.
She moves on—new town, new life, but the threat never leaves her mind.
What happens when an old friend lands on her front porch and everyone’s secrets threaten to be exposed? They knew each other as agents. Later, they went from friends to lovers. When Jacob is forced undercover as a fighter to win against the past, is he strong enough to win the match and Roxanne’s heart?
●●●●●●●●●●●●●●●●●●●●●●●●●●●●●●●●●●●●●●●● 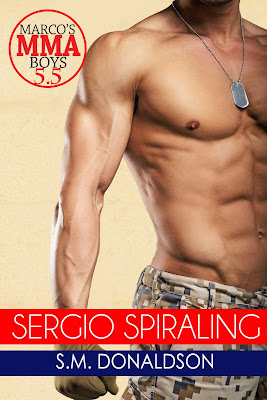 
Army Sniper Sergio Nichols knows what it’s like to be on top of the world. He’s had the greatest days of his life, until he has the worst day of his life. How do you start all over? How do you learn to live again? How do you find that same fiery passion? They say there are five stages of grief, but it sure feels like a hell of a lot more. 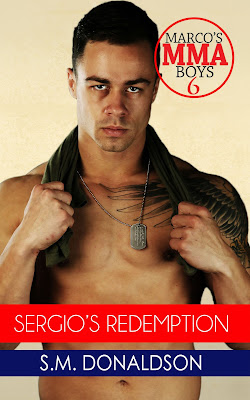 Life has a funny way of pushing us beyond what is mentally possible.

Paige
I was born to parents who never cared if I had food or clothes. I was nothing. A waste of space and time to them.
At sixteen, they relocated…and didn’t bother to tell me.
I lived in my busted up and broken-down car behind a gym for months when two men found me.
One of them I believed was my savior, the love of my life. Turns out things aren’t always what they seem. He was the devil in disguise.
A few thousand bad decisions later, I find myself in the very same parking lot where I found the devil and the man who supported me through it all.
I’m Paige Turner. I’m a mess of a woman with nothing but hard times in my past and a future that’s completely uncertain.
Sergio
I had a life once. I had a wife and a baby on the way. My life was everything I never knew I wanted.
I was halfway around the world, defending my country, serving the United States proudly, when I lost absolutely everything that mattered.
I couldn’t save them. I couldn’t even fight for them.
I went through the stages of grief and I’ve come out on the other side a different man.
Now, I fight.
Literally.
There is something therapeutic about beating someone or even yourself. I can control the pain, unlike my life.
I’m Sergio Nichols. When my family was taken, I’ve somehow learned to function in a new dysfunctional family of their own making.
Two broken people with one chance at redemption.
●●●●●●●●●●●●●●●●●●●●●●●●●●●●●●●●●●●●●●●● 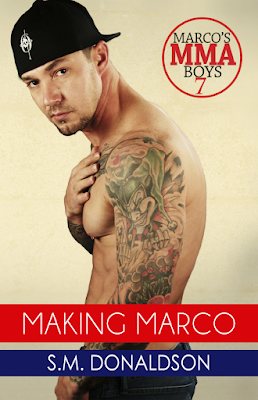 If you love something let it go ... it’s not that easy.


Vance DeMarco and Elaine Storm have a history. Once full of love, passion, and pain.
Time has torn them apart and yet, brought them back together. This time with families, businesses, and tons of responsibilities too.
Their story is truly about life’s second chances.
Because as the saying goes, when it comes back ... it’s simply meant to be. Except nothing in love is ever simple.

"Panty melting alphas who will stop at nothing to fight for what they want in and out of the cage."- USA Today Bestselling Author Terri Anne Browning

“Donaldson delivers a smoldering hot series that leaves me ready to fight for each of these couples to find their own Happily Ever After.” – Wall Street Journal & USA Today Bestselling Author Chelsea Camaron

S.M. Donaldson is a born and raised Southern girl. She grew up in a small rural town on Florida’s Gulf Coast, the kind of place where everyone knows your business before you do, especially when your Daddy is a cop and your Mom works for the school system. She married one of her best friends at the age of 20 and has two sons. She is a proud military wife, has always had a soft spot for a good story, and is known to have a potty mouth. At the age of 31, she decided there was no time like the present to attempt her first book. Sam’s Choice was born and she hasn’t stopped since. If you are looking for a good, steamy, Southern set romance with true Southern dialect, she’s your girl.