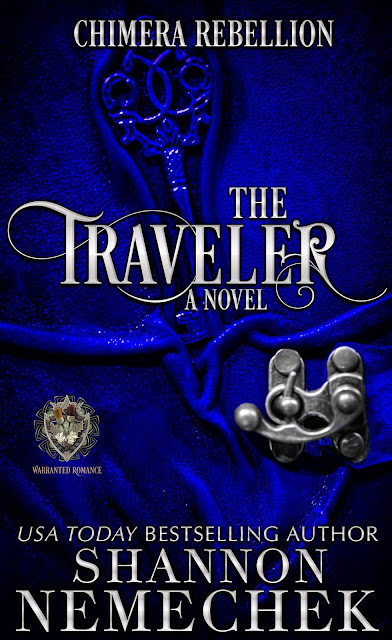 
As a self-professed book nerd, Army Major Katie Butler has hunted many rare books in her lifetime.

While on leave in Savannah Katie visits with a voodoo priestess who tells the story of Eleanor MacAllister and a long-lost book, claimed to be cursed. With her curiosity piqued,

Katie is determined to find the lost book and reveal the secrets it holds.

What she finds could change everything.

Swept back in time, Katie suddenly finds herself immersed in a country at war with itself. Determined to find her way back home, her plans begin to change when she meets the dashing Confederate officer, Captain Colm O'Donnell.

Captain O’Donnell despises slavery and when his father leaves him the family plantation, Colm immediately sets out to make changes. Having devoted his life to military service and his family’s plantation, Colm has very little time for anything else. With his country embroiled in war, he has even less free time.

Until he meets Katie Butler.

Convinced the pretty young woman with sable hair and big blue eyes, is a spy, Colm is determined to find out the truth.

Will their secrets destroy the love they have found? Or, will they find a future together?

Eleanor had only been in Charleston a short time when someone from Boston recognized her and began to make her life difficult. She was no witch, but as things began to heat up for her, she felt the only thing she could do was to pack up and head to another town. Before leaving Charleston, she had been warned to keep her wits about her by a fellow healer she had met on her travels throughout the colonies. It was a dangerous world, especially in the middle of a war.
She had a few shillings to her name that might get her a room at a boarding house for a night or two. Hopefully by then she could find some work and begin to rebuild her life once again. Walking along the muddied road of Ellis Square, she finally came upon a house with a sign that read, “Accepting boarders. Inquire inside.” She placed her bags on the ground for a moment to peer at the sign.
Grasping her bags, she headed toward the door of the house. As she approached, it swung open, knocking her to the ground. Almost cursing, she held her tongue and looked up…and her heart fell into her throat. A young man, one she guessed was close to her age, stood before her, his hand extended to hers.
“I’m so sorry, my lady. It never occurred to me that someone might be coming in. Are you okay? I didn’t hurt you, did I?”
Eleanor grasped his hand and as the light from the oil lamp hit his face she gasped, her heart stopping. For a moment the entire world disappeared. He was most handsome and quite appealing to her, and thoughts of a most pleasant nature crept into her mind. Sweeping them aside, she got to her feet and attempted to brush the mud from her dress, now soaked clear through to her undergarments.
“I can manage. Thank you,” she said as she grabbed for her bags.
“Let me help you with those, Mrs…”
“Mrs. Eleanor MacAllister of County Donegal, late of Boston and Charleston. I am a healer.”
“A healer, say you? I myself hale from County Donegal. Colm O’Donnell at your service, mistress. And where be your husband?”
“Well, Mr. O’Donnell, I have not yet wed. Perhaps someday.” Eleanor smiled and gathered herself as Mr. O’Donnell led her into the inn.
“Aye now, Mrs. O’Flannery, where be you? I have a young mistress that needs a room.” Colm’s voice rang throughout the inn and the patrons turned their gaze toward Eleanor and Colm.
Eleanor attempted to hide her face, but she could feel their stares on the back of her neck and it made the hairs stand on end. How she hated being the center of attention. All she wanted was a room and a place to bed down. She was so very tired and so very hungry. She had not eaten in days and it was beginning to weigh on her. As she looked around the room, an older woman appeared at the stairwell and made her way down the steps. Eleanor observed the weathered lines in the woman’s face and the frailty of her gait.
“Why, Mr. O’Donnell. Did you not just leave?” the old woman said as she passed by, patting Colm on the shoulder.
“Aye, yes, Mrs. O’Flannery, that I did. But I ran into Mistress MacAllister. She will be in need of a room and will need the privy.”
Mrs. O’Flannery walked toward Eleanor, who stood with her head still covered in her cape. “Let me help you, my child. I will get you upstairs and Mr. O’Donnell will fetch young Maggie to assist.
“Thank you, Mrs. O’Flannery.” Eleanor looked around the quaint inn and found an empty chair along the wall near the door. Colm had already returned from summoning the young maid and pulled the chair out for her.
“Maggie won’t be long. So, Mistress Eleanor, what brings you to Savannah?”
Eleanor paused for a moment; this was the one question she was hoping to avoid although she had already concocted a story. “Well now, Mr. O’Donnell, that is a most interesting story and one I fear should be made once I have a clearer head about me.”
“Ah, yes. I am quite sure you are exhausted from your travels. Perhaps tomorrow we may sit and talk,” Colm replied.
“Aye, yes, perhaps.”
“MacAllister, you say? Seems to me my father knew some MacAllisters. What part of County Donegal did you say you hailed from?”
“I didn’t,” Eleanor replied with a flirtatious grin. “Perhaps we will discuss that tomorrow.” It was then that a young woman scampered down the stairs, almost shaking the very foundation of the inn. Eleanor surmised she was not more than her own age of eighteen.
“Must you make a ruckus every time you come downstairs, Maggie?” Mrs. O’Flannery protested.
“No, Mistress. I will try to remember to be more courteous.”
“You would do well to remember that, my dear. Now hurry and help Mistress Eleanor, and Mr. O’Donnell will be up with her bags. Get her a warm bath and help her prepare for bed. Take her to the room next to mine.”

Shannon is a USA Today Bestselling Author of over 18 novels and novellas.
Shannon is a multi-genre author who writes, Military, Contemporary, Historical Romance and is working on her first Fantasy series.
Shannon started her writing career while still serving in the US Army.
Shannon grew up in Macomb, IL where she graduated from High School in 1987 and soon after joined the US Army. Shannon served from 1987 to 2015 during Operation Desert Storm and during Operations in Iraq and Afghanistan.
In April 2015 Shannon retired from the US Army with 23 years of service as a Unit Supply Sergeant. She is a mother of 4 children and a grandma to 2 beautiful Granddaughters. She has been married 26 years to her husband, Ken. They reside in Staunton, IL a small town along Old Route 66.