Hayley Faiman has had a fantastic year!  With 9 novels plus 1 short story being published in 2016 she doesn't show any signs of slowing down.  Already planning releases well into the 2017 calendar she is a non stop writing machine!  Check out some of her upcoming release and our author interview

1. Tis the Season and all that....Do you have any Christmas rituals, if so, what are they?

Since moving to Texas almost 3 years ago, my parents have been flying to visit with us for 2 weeks every Christmas. We’ve started some new traditions but a couple things remain the same. We always find time to watch White Christmas, read the ‘Twas the Night Before Christmas, having Stockings for everybody in the house (my dad I think is the biggest kid in the family next to my husband) and just spend time as a family. I’m an only child so we’re a small family, but we love big!

Hhmmmm …. Nice list I guess haha I don’t do much outside of writing and spending time with my family, my husband and 2 little boys—they keep me very very busy! I’m suuuuper boring and I kind of keep to myself!! Haha.

3. When you are in your writing zone do you snack? drink? if so what is your go to writing snacks/drinks?

I typically don’t snack while I write, I know I’m super boring. A friend and I have challenged ourselves to drink a gallon of water a day, every day, that’s 128 ounces of water! We’ve been doing it since August, I think. So far, I’ve not had a day where I’ve been under 100 ounces of water! So basically, I drink water all day long while I write.

4. Have any of your published novels been written at the same time, like 2 stories were swirling in that little head of yours so you decided to put them both on paper at the same time? Was this difficult to do?

I used to flip from story to story to story, but I found that I wasn’t really finishing any of them that way, and once I had a set schedule with my editor, I also discovered that I don’t have time to waste haha. So, I sit down and I write a story, beginning to end. Now if I get another idea that pops into my head, I’ll write it down to use for a later date!

5. Okay we all know there are sex scenes in your books, are those sex scenes from your imagination or experiences? Please don't be shy - we won't tell

Would my husband die of embarrassment if I said not all were imaginary? Haha Actually, most of them are, to be quite honest. I write subconsciously, I don’t make plans of what’s going to happen, I just sit down and type, so sometimes I go back and read and I’m like.. WOAH how did I come up with THAT? haha

6. What genre haven't you written that you would love to get your feet wet in?

Fantasy, like think…. Time travel or maybe parallel universe stuff.. Alpha male of course… I have plans .. but not for a long time, I don’t think that I’m ready yet. I still need practice!

7. I know a lot of readers/authors/bloggers, etc have issues with certain words. I am going to give you a small list of those cringe worthy words and you let me know if you have a dislike or love to them.


- Moist
Hey if you LOVE those two words you can put them together creamy moist!
Okay back to the list
- Cunt
- Pussy
- Cock
- Mound
- Dick

I know some people can’t stand Cunt… it doesn’t bother me at all, and if you’ve read me ... I think my hero’s use it more often than not haha. Mound isn’t one that I use, maybe I’ve used it a handful of times, if ever. It’s just not something I think of. Oh.. you forgot Snatch.. haha do we hate that one? It makes me kind of wrinkle my nose when I think about it.. I don’t necessarily get offended by words so it doesn’t bother me ;)

8. I have witness a list of all the different words you can use for the male and female southern region, what is the weirdest word you have ever read/heard, etc that was used for one or both of those body parts?

I know historical romance uses channel.. warm, wet, tight channel. It’s not for me haha. It makes me think of the English channel, and I’ve gone on a boat through there.. it’s not small… just sayyyyyin. haha

10. If you could say something to everyone who has supported you (readers/bloggers/authors) what would you like to tell them?

I don’t think that Thank You is a big enough word, but honestly, I truly appreciate every single person who has read my books, blogged about them, pimped them, or even just added them to their TBR, at a later date. It truly does mean so much to me!

11. If you could say something to everyone who hasn't supported you this year what would you say?

Has anybody not supported me? Haha. I don’t know. I’m so busy working, writing, editing, etc, that I’m in my own little bubble! I also know that my books are not for everyone, that’s what’s great about this industry, that even though my style might not be for one person, that doesn’t mean that they can’t find a style that is for them!

I have so much going on in 2017. Looking at my schedule I will be releasing 9 full length novels next year, and two of those are complete standalones! One will be released in March titled Royally Relinquished- A Modern Day Fairy Tale (which is finished and I’m just wrapping up editing) and the other in December (I know a full year away!!)

At five years old, Inessa Kozlova is exposed to the dangerous power a badman wields. Now, twenty years later, she’s convinced that a badman is the last thing she wants in her bed. Strong, beautiful, and independent, she’s determined to live the life she wants on her own terms. Yet, from the moment she lays eyes on her Bratva lover, her heart demands otherwise. Dominik Markov owes his life to the Bratva. Having grown up in prison, he associates his ties to the mafia with liberty. Embracing his freedom, he takes all that life has to offer—including all the women he can get. Known as the Bratva playboy, settling down is not his idea of happiness, and love is a mystery he wishes not to solve. It doesn’t take long for Inessa to learn that the power of love is more dangerous than that of any man, and she’s no match against her feelings for Dominik. Yet, it’s Dominik who is brought to his knees—tempted by the only woman who has ever made him want more. Discovering that the cost of more is surrender, he must decide what kind of badman he really is—and if the woman who tempts his heart is worth it. 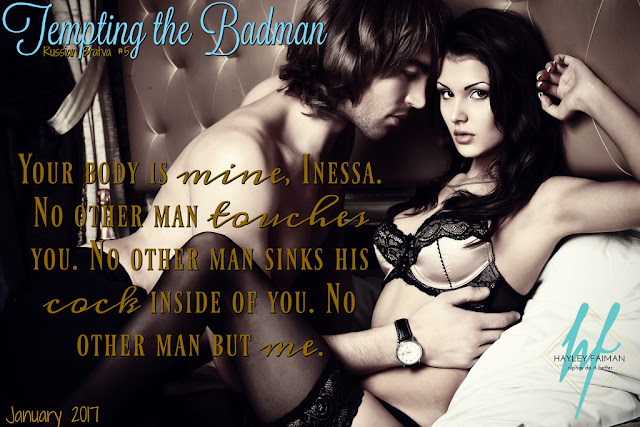 Mary-Anne Lukin has never had it easy. Having survived the torments of abuse for far too long, it's a miracle that life somehow managed to leave her with a little bit of hope—hope of a future filled with happiness. Max "MadDog" Duhart has lived more than one lifetime, earning the respect he's due as the president of the Original Charter of Notorious Devils. Nevertheless, with life still yet to live, he wants more than the regret that's tarnished his past. Their connection is instant, though they know they shouldn't act on it—not with more than thirty years between them. Not with their families tied together by the club's brotherhood. Yet, there's something about the sweet, broken woman that whispers of a fresh start for an old man. And while he may be rough and ruthless, she cannot deny the way she feels when she looks into his haunted blue eyes. One phone call. One cry for help. One motorcycle ride, and life as they know it is never the same. ** Recommended for readers 18+ due to language, violence, and sexual content. 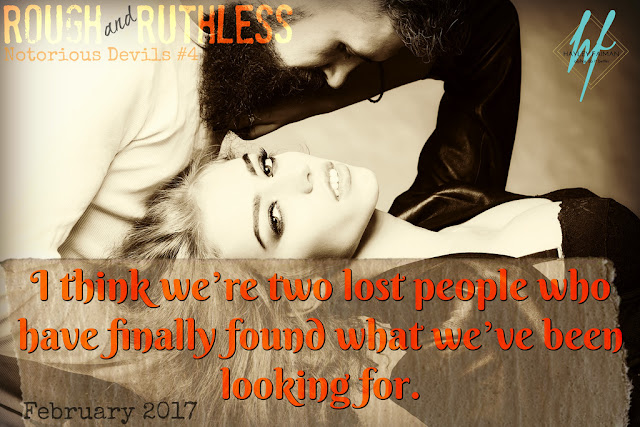 I was born and raised in California. My husband and I met when I was just 16. We were married a few years later, moving to Oregon while he was in the US Coast Guard.
Texas is now where we call home, where our boots rest, and where we're raising our two little boys and a chocolate lab named Optimus Prime.

Thank you for hanging out with us this week as we recapped Hayley's 2016 year! We look forward to everything she has in store for us in the upcoming 2017 year!