It’s just one night of kinky sex. What could possibly go wrong?

When the birthday present from her Master is one night of no holds barred kinky sex with his ex-army buddy, Carmel Blythe doesn’t know what to think. A good subbie obeys her Master’s wishes, however, and there is no denying the instant connection she has with this experienced Dom.

Topping Gideon’s gorgeous wife is the least Nash Jonas can do to repay the debt he owes the man. After all Gideon took the bullet aimed at Nash—the very one that cost the other man his army career, and put him in a wheelchair. If only Nash could keep those pesky emotions out of the deal.

Gideon cannot stand to see the sadness in his wife’s eyes, nor the restlessness in his best buddy’s soul. Pushing the two people he loves together, will surely satisfy everyone’s physical and emotional needs.

Carmel’s choice may well change everything… 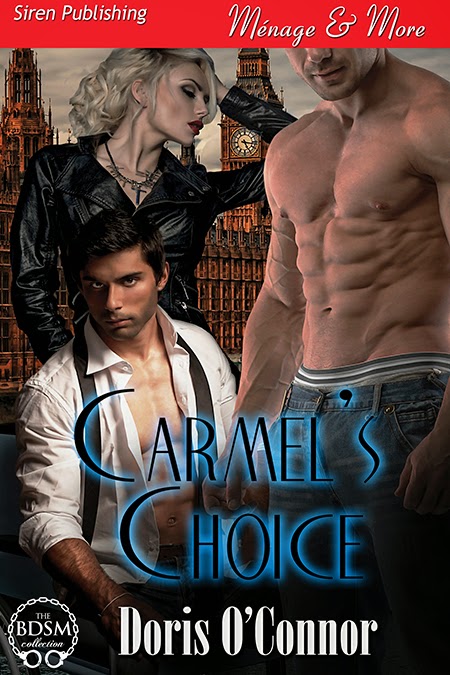 
“But it does fucking matter. You keep saying it doesn’t, but it does, Carmel, or you would never let Nash near you.” 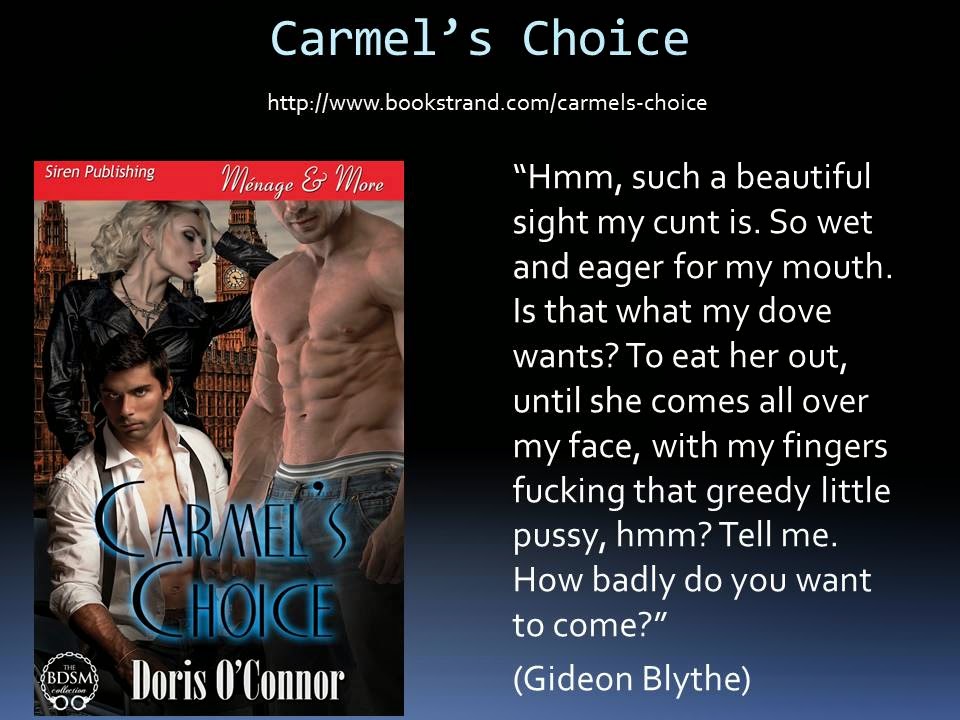 Glutton for punishment would be a good description for Doris…at least that’s what she hears on an almost daily basis when people find out that she has a brood of nine children, ranging from adult to toddler, and lives happily in a far-too-small house, cluttered with children, pets, dust bunnies, and one very understanding and supportive husband. Domestic goddess she is not.

There is always something better to do, after all, like working on the latest manuscript and trying not to scare the locals even more than usual by talking out loud to the voices in her head. Her characters tend to be pretty insistent to get their stories told, and you will find Doris burning the midnight oil on a regular basis. Only time to get any peace and quiet, and besides, sleep is for wimps.