REVIEW of Wrapped in Shadows

** Review of Wrapped in Shadows by Lisa Eugene ** 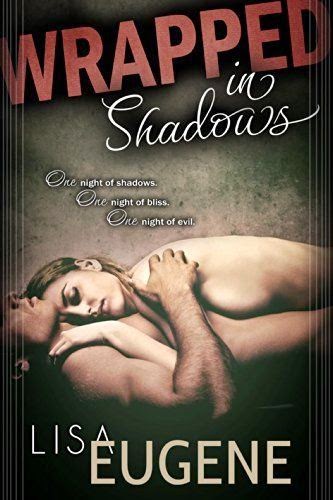 What hides behind the shadows

Katherine Regina Vandercamp/ Katie/ Kay runs her family's fundraising organization, that deals with the wealthy for their donations. Vandercamp is a famous name and she has to uphold to it. Kay is a loving, caring person who would do anything for those in need. She loves her job, even when it's hectic.

Walking in on her soon-to-be husband with his first love throws Kay off. Running to her best friend, who takes her to Sensations, a sex club is where everything starts.

Giving herself to a stranger who smells like sandalwood and both are wrapped in shadows. They can't see one another. She needed it to be on the down low with who she is. If it got out that Katherine Vandercamp visited a sex club and had amazing sex with a stranger she would lose it all.

"You can't deny whats between us, Kay."- Luke

Luke Davenport who runs a famous PR firm, widowed and a single father. He lets his friends drag him to Sensations, where he gave into temptation.

Murders, frame, and everything between, Luke finds himself the prime suspect. The only person that can save him is Kay, she's his alibi, but with keeping it a secret and letting it out could ruin Kay's whole life. Can she help Luke, free his name. Or is keeping her organization worth more than helping a innocent man?

Can Kay and Luke find a relationship within the craziness that's became their life's?

With others woman coming up murdered, who's behind the framing? Why would they any to do this to Luke? Can they find the killer before it's too late for Kay?

Wrapped In Shadows is a sexy mystery read. Luke and Kay's relationship is teetering with her back and forth about her fiancée, the one who cheated on her. I loved the chemistry between Luke and Kay and it was super hot and sexy. The mystery of who is doing the killings keep you interested because we gotta know who did it. Is it this one, or that one? It keeps you on your toes. I found myself getting distracted while reading, sometimes it was hard to keep my concentration while reading. Good plot, great characters, but felt like so,etching was missing. I felt like Kay's inner thoughts was a touch like Ana's from Fifty Shades of Grey. And I was like 'uh, okay.' I give this book 4 STARS.
Posted by Unknown at 12:58 AM