**BLOG TOUR With Giveaway** Without You by Lindsay Detwiler

On the surface, Jenna Landsen has it all…
She’s smart, beautiful, confident, and married to Camden Landsen, who happens to be drop dead sexy and just as successful. But after five long years, all the success in the world hasn’t brought the romantic spark back into her marriage. Jenna fears it never will.
When life gives you lemons, open a bakery and name it Vi’s…
Violet Streiff made the exact mistake her mother warned against—she fell in love with Liam Coffman, a charming finance major. When he left her heartbroken to further his career, Violet drowned her sorrows by opening a bakery, and now relies on Bob, her eighteen-pound cat, for warmth at night instead of a sexy man.
To find love, sometimes you first have to discover yourself…
When Jenna’s job offers an extended trip to New York, she packs her bags and takes a two-month vacation from life. The chance of her marriage surviving looks grim, until the surprise of a lifetime throws a wrench in her plans to stay in the Big Apple for good.
You can bend the rules—but sooner or later they’ll break…
When Violet meets a gloomy but totally drool-worthy guy named Camden in her shop, she’s sure her luck has changed. There’s no denying the chemistry, but he’s married, and that’s a major problem. Violet isn’t a homewrecker. Still, staying away from Camden proves nearly impossible. That is, until his wife comes home.
Two women.
Two men.
Double the chance to find love in the most
unexpected places—or double the chance for disaster. 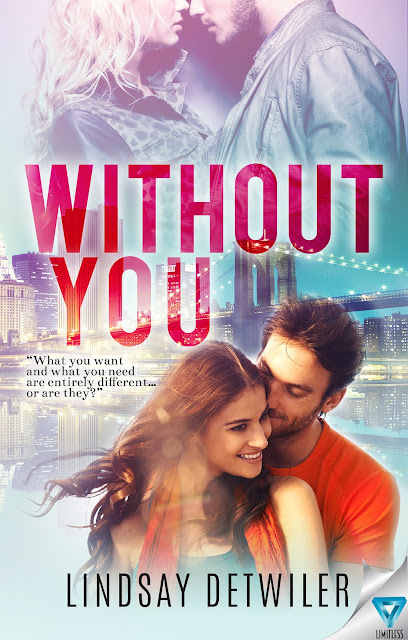 Chapter Four
Violet
“Earth to Vi, Vi, are you in there? Did you hear me? I said he’s here,” Margaret pleads, pulling on the arm I’ve been leaning on behind the register. The slowness of our day and low coffee sales led me into daydreaming world. Margaret pulls me out with her tugging.
“What?” I sleepily reply, tucking a loose curl behind my ear. “Who?” I scan the room. Just then, he strolls through the door. Oh, hell no. Not on a Monday.
“I tried to warn you,” Margaret hisses, heading back to the storeroom to get some more scones. Great. As if today isn’t dreary enough.
“Hi, welcome to Vi’s,” I exuberantly cheer, faking my enthusiasm.
“Vi, Violet, Vi-o-let, how are ya? Happy Monday,” he explodes, the senseless chatter rolling off his tongue as he pats the sweat off his balding forehead.
“What do you recommend today, sweetie?”
For starters, I recommend you stuff your nasty, flirtatious pet names, I think between gritted teeth. Instead I say, “Oh, I don’t know, how about a triple chocolate muffin?”
“Sounds great, muffin. So…are you busy tonight?”
Yep, and every night for the rest of my life.
“Um, oh, yeah, Chuck, sorry. Crazy busy tonight.”
Doing nothing. Watching Family Feud reruns and eating cookie dough. And watching my plants grow. Even though I don’t have any plants.
“Oh, that’s too bad, Vi. But you know, you can’t turn me down forever. Good ol’ Chuck can’t wait to take that sweet bottom of yours out on another date. It’s gonna be great and you know it. But I’m patient. I can wait.” He winks at me so robotically I would laugh if I didn’t know he was serious.
I smile through my disgust, trying to quell the vomit rising in my throat. “Four ninety-eight,” I offer methodically. He hands me a five.
“Keep the change.” He winks again as I pass him his paper sack. He brushes my fingers purposefully, sending a shiver down my spine. Not a good shiver in any sense of the word. And with that, my weekly Chuck encounter is over. Thank God I can check it off the list. Root canal or Chuck—I’d choose root canal. Five times.
“Is he gone?” Margaret ventures out of hiding.
“For now,” I reply, grimacing at the icky feeling left over from Chuck’s brief yet highly distressing presence.
“If I were you, I’d kill your mother over him.”
“Oh, I’ve thought about it,” I admit
And I truly mean it.
When you’re twenty-six and heartbroken, people tend to pity you. When you’ve been alone for a year and have no hopeful prospects in sight, people want to take action to help you. So my mom decided last month to act on this fear. One night, she called and informed me she set me up on a blind date.
“Violet, come on—it’ll be great. You can’t mope around those books and coffee beans forever. You’re turning into a crazy cat lady already,” she replied to my immediate no.
“Owning a single cat does not make one a crazy cat lady, Mom.”
“Oh, you know what I mean.”
“No, I don’t,” I replied matter-of-factly.
“Vi, it’s not healthy. You need to get back out there. So, do this. For me, please? Think of it this way, at least you’ll get a free dinner.” When did Mom become such a proponent of love? When did she decide men were, in fact, worth it after all? And when did it become such a priority to find me one?
Nonetheless, the offer of free dinner helped make it easier to give in. So I agreed to go on a blind date to the Pasta Palace with a friend of one of my mom’s cousin’s friend’s older brothers. Yeah, sounds promising, I know.
Three milliseconds into the date, I tugged on my turquoise dress anxiously, tapping my ballet flats together hoping, like Dorothy, I could magically be transported home. Or to the local dump. Or to hell.
Anywhere but a date with sweaty, bald, creepy Chuck.
As soon as I could scarf down my chicken parmesan and make a decently sound excuse to leave early—my black cat Bob had a cough, and I better get home to check on him—I made a faster getaway than a bank robber and vowed two things. One, I would kill or at least strangle my mother. Two, I would never, ever, ever go on another blind date. Ever.
I stuck to promise two on my list. Promise one on my list was becoming more likely because Chuck found out I owned Vi’s. He decided to start visiting my coffee shop.
Every week.
Despite my obvious hints I wasn’t into him. Yeah, the guy was persistent.
“Well, Vi, maybe you’re being too hard on him,” my mom argued when I called her after the first impromptu visit.
“Really, Mom? Have you seen him? He’s at least twice my age and he must use at least two sticks of deodorant a day. I mean, really.”
“Well, Vi, maybe you’re being too picky. You’re not getting any younger, you know.”
“Wow, Mom. Thanks a million. While I greatly ‘appreciate’ your kind efforts to pair me up before I become an old spinster, I think I draw the line at, I don’t know, excessive sweat and gross innuendos. Thanks but no thanks,” I retorted, sarcasm oozing out of my words.
I was met with a humph and an end of discussion. My mother hates admitting I’m right.
So, now I am left with two unfortunate facts in my life.
Mondays are creepy Chuck day, and even my mother thinks I’m getting desperate in the man department.
Oh, life is grand. 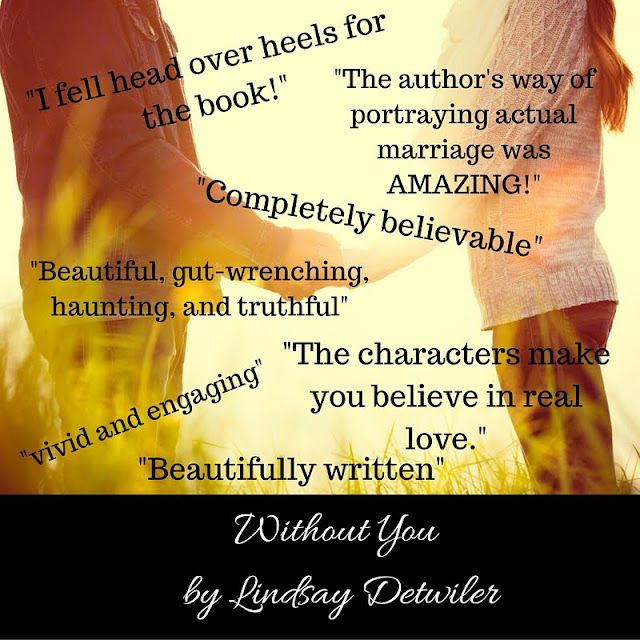 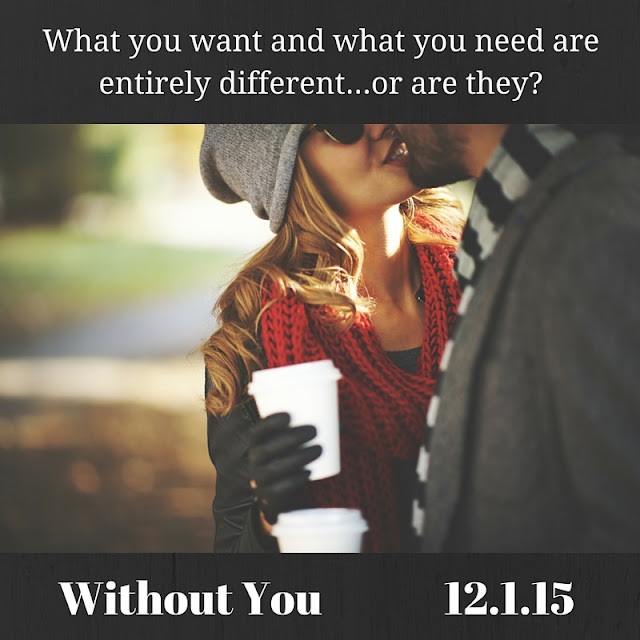 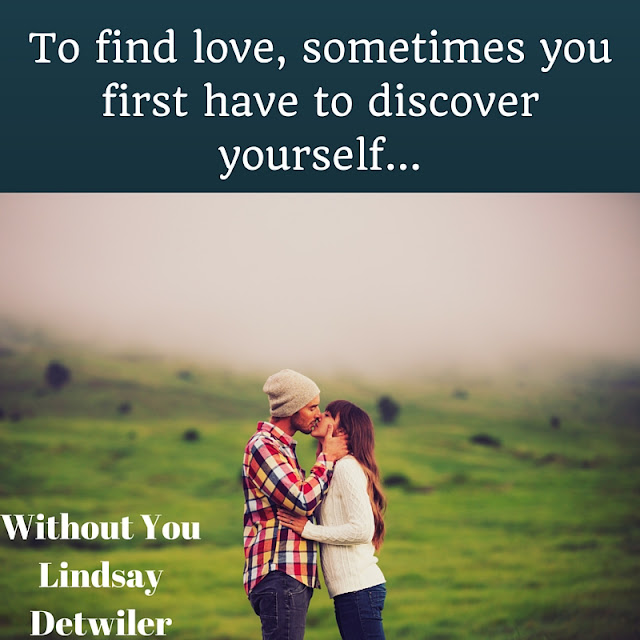 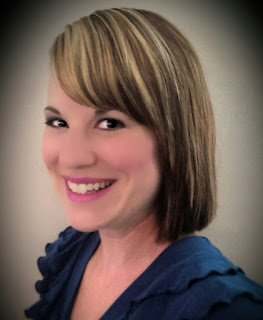 I am a high school English teacher, an author, and a fan of anything pink. I am truly the English teacher cliché; I love cats, reading, Shakespeare, and Poe. I currently live in my hometown with my husband Chad; our cats Arya, Amelia, Alice, Bob, and Marjorie; and our Mastiff Henry.
As the author of two novels, Voice of Innocence and Without You, I have many inspirations in my life as a writer. My parents instilled in me a value for education and reading from the time I could talk. One of my earliest memories is sitting with my parents as they taught me to sound out words. My husband has also inspired me to pursue my dream of writing. I met Chad in an art class when we were only twelve. He has shown me that love is real, is enduring, and is our most important ally in this sometimes harsh world. He has supported me through this entire process, believing in my writing even before I believed in it myself.
My hope is that by becoming a published author, I can inspire some of my students and other aspiring writers to pursue their own passions. I want them to see that any dream can be attained, and publishing a novel isn't out of the realm of possibility. 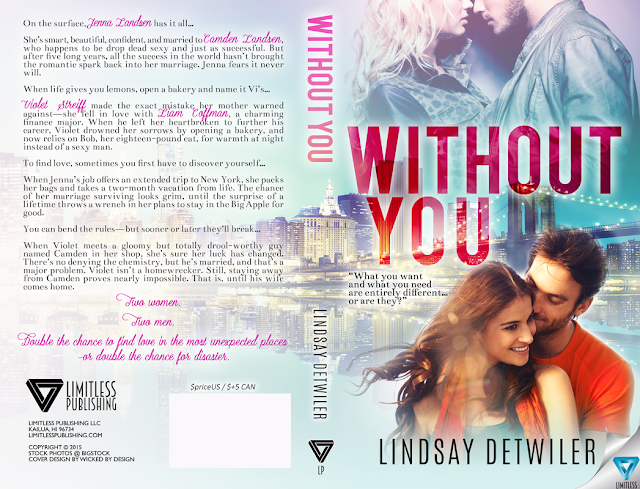