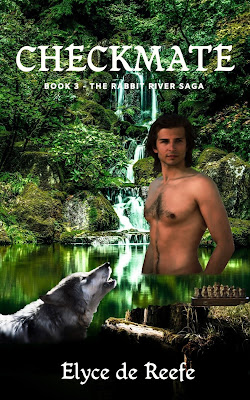 Aster Ardennes has sworn vengeance. When rival Alpha, Marten, takes over her father’s pack, Aster is determined to make him pay. But when the new Alpha decides he’s going to take her as his mate, things get serious. As a rare female born to the old Alpha, Aster has always been considered something of a princess. But no one would ever call her weak. Marten may think she’s just a pawn, but strategy has always been her strong suit. And Aster can’t wait to show him the true meaning of forced mate. Everything else will just have to wait.​

Jesse Wayne knows all about his reputation. He doesn't let it bother him. After all, when you're an outlaw, you might as well own it. Never in his life did he imagine the Princess would turn to him. But now that she's right there, he just can't help wondering if this could mean something more…
There's nothing Apprentice Lore Master Dean Rolland likes more than a good mystery. He spends most of his time in his lab looking for answers. That is, if he’s not off searching through the ancient archives. But the biggest mystery these days is—where in the world is Aster Ardennes? For months, the pack has been searching for her, following the trail of breadcrumbs she’s scattered for them. But Aster herself is like a ghost. And he can tell—whatever she’s playing at—she’s up to her furry little tail in something dangerous. He just hopes they find her before someone else does. Like Marten. 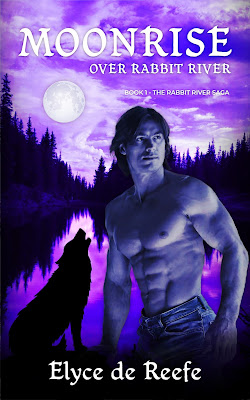 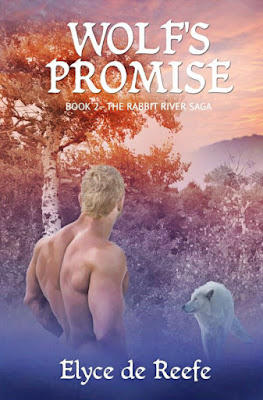 "What a fantastic story!
I love that the author made her own rules for these shifters. It brought another level of depth to the story. The main characters are well developed and I am excited to learn more about the others... I definitely recommend this book!"
- Word Forward (Moonrise)

"Today's Topics with a Magic Twist
Elyce De Reefe touches on hard scary issues of domestic violence without making light of the issue. Even though it's a big wolf that saves the day."
- KindleCustomer (Moonrise)

“Wow, fantastic
Hard to believe that book #2 can be better than the first, but it is. Lots of new twists and surprises plus some hysterical parts that made me laugh out loud. Great characters, great story, and lots of interesting developments that have me dying to read the next book.” - WMH Cheryl (Wolf’s Promise)

“Great Series and an Intense Shifter Romance
The nuances. . . Wolf’s Promise, Book Two of the Rabbit River Saga, is a sexy, tantalizing, suspenseful romance that sucks you in right from the beginning and does not – I repeat, does not -- let you go at the end. The characters are all so relatable, so great, that you simply don’t want to leave them.” A . Abboud (Wolf’s Promise) 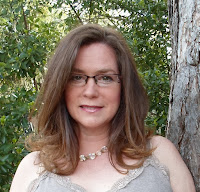 Elyce de Reefe grew up in Santa Cruz, California and New York City. She likes to call herself acoastal girl, since she has spent nearly all of her time on one coast or another. She enjoys all genres of romance as long as there’s a hot, sexy hero with something to learn, a smart female lead who refuses to compromise on who she truly is, and the promise of a happily ever after. Her characters often find themselves on a journey of discovery, struggling to achieve true intimacy while solving the real-life problems thrown in their way.
To date, Elyce has written paranormal wolf shifter romance, contemporary romance, and romantic suspense. But there’s a Sci-Fi series in there waiting to come out, and possibly an epic fantasy series, as well as thoughts on a time travel story. Her ancestors were highlanders, after all.
Elyce loves hiking in nature, riding horses, watching wildlife, swimming under a blue sky, digging in the dirt, and sitting in front of a fire with a good book. She enjoys these things even more in the company of friends and family. Add wine and chocolate, and voila! It’s a beautiful life.
Oh, yes – and she has a very special place in her heart for wolves…