L. Wilder definitely sucked me in with this new hitman romance. This fast-paced romantic suspense will keep you on the edge-of-your-seat until the very end. ~Author RB Hilliard

OMG!!!! Five stars +! What a fantastic read. Day Three is the first book in a new series and it is everything you want in a L. Wilder book. ~Brenda (Amazon reviewer)

That prologue - wow!!! If the blurb didn't already hook you, that sure will! Or maybe it's the sexy man on the cover???! I absolutely loved everything about this story! It's unlike anything I have read before. ~Jessica (Goodreads reviewer) 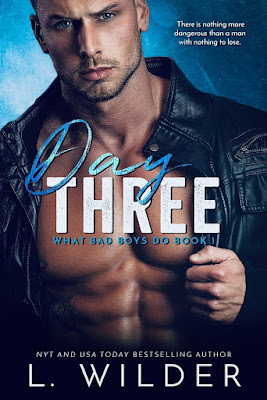 There’s nothing more dangerous than a man with nothing to lose.


New York Times and USA Today Best Seller L. Wilder brings readers Jasper Nichols, a sexy, totally alpha hitman, who will hold you captive in this new bad boy series.
Our lives are defined by moments, especially the ones we never see coming. For me, that moment came when I was given the opportunity to take from those who’d taken from me. I became a hitman- killing mob bosses, drug lords and everything in between. With judges in their pockets, these men were untouchable by everyone—except me.
With every hit, my plan was always the same:
Day one- receive the target.
Day two- acquire their location.
Day three- plan the kill.
Day four- complete the hit.
On day three of my latest assignment, everything changed.
The moment I saw her, I knew she was different from the others. Madison Brooks wasn’t a hardened criminal with blood on her hands. She was innocent, untouched by my world, and undeniably beautiful.
On day three, I couldn’t get her out of my head. I kept imagining what it would be like to hold her, touch her, and claim her as mine.
On day three, I found myself questioning whether or not I could complete my assignment. In fact, I found myself questioning everything.
Many readers were introduced to the sexy, brooding recluse, Jasper Nichols, in Murphy: Satan’s Fury- Memphis, but his connection to Satan’s Fury ends there. Day Three is a new standalone romance novel with no cheating and a swoon-worthy HEA.

“I thought you’d be more comfortable in here.” He ran his hand over his face and yawned before he said, “When I tried to leave, you wouldn’t let me.”
​“What do you mean I wouldn’t let you?”
​“Let me rephrase.” He turned and looked at me. “You asked me to stay with you.”
​“Oh. I don’t remember that.”
“Happened just the same.” Concern flashed through his eyes as he sat up and asked, “How’s the ankle?”
I tried to move it a little. “I can’t say for sure, but I think it’s better.”
“Good.” Jasper got out of bed and my breath caught when I noticed he was only wearing a pair of boxer briefs. I could feel the heat rush to my face as my eyes skirted over his muscular chest and drool-worthy abs. I couldn’t imagine how often he’d have to work out to get such a perfectly defined physique. Whatever the answer, it was worth it. With his chiseled jaw and broad, powerful shoulders, he looked like a Greek god as he walked over to the end of the bed. I couldn’t take my eyes off him as he eased the comforter back and exposed my ankle. I was too busy gawking at him to realize what he was doing, but at that moment, I just didn’t care. He could’ve thrown the covers to the floor and had his way with me. I wouldn’t have protested. He lowered his hand to my foot, and a rush of heat surged through my body when he ran the tips of his fingers along the top of it and over my ankle bone. It was at that moment I started to silently curse myself, wishing I’d been better about shaving my legs. He was still studying my ankle when he said, “The swelling has gone down, but it’s still pretty bruised.”
“It’ll be fine.”
“You’ll need to stay off of it for a couple of days.”
“Okay.”
As he pulled the covers back over my foot, he told me, “I’ll be right back.” 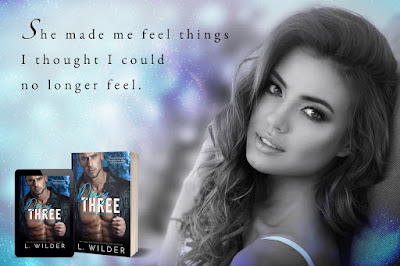 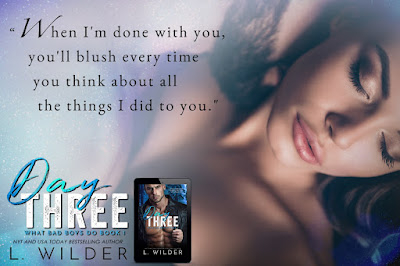