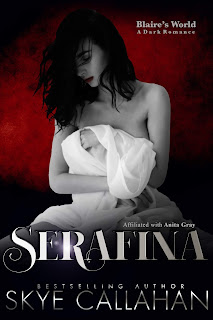 Seven years. Six hits. A hundred secrets. Syndicate leaders blackmailed. Wives and children set up to take the fall. A spy among the most dangerous of men. Sometimes seductress. Sometimes assassin. I'm the girl at the party everyone looks at, but no one remembers. I was trained to be ruthless, stripped of emotion and empathy, and yet something inside me, something logic and reason will never touch, yearns to be more than the beautiful facade crafted by my master. I want some part of the fantasy to be real. A touch. A kiss. A glance just for me. But none of it’s ever for me because there is no me. I am olvidado. Forgotten. Until I meet the one man who refuses to forget me. 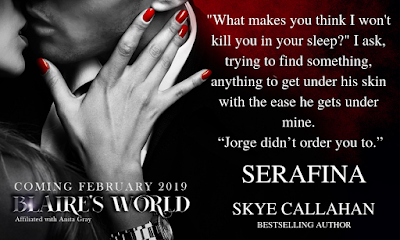 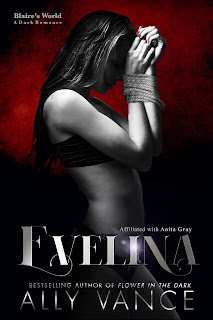 For four years, I was hidden from everyone and everything I knew. I became a toy; a slave to be played with on a whim. He locked me away, robbed me of light, and forced me to live in the darkness.
He used me, abused me, and left me shattered. My screams went unheard, my tears went unseen, and my pleas went unanswered. When the chance to escape presented itself, I fled. All I wanted was my freedom. All I wanted was to see the light once again. But when your name means Light, it makes the monsters want to keep you in the Dark. 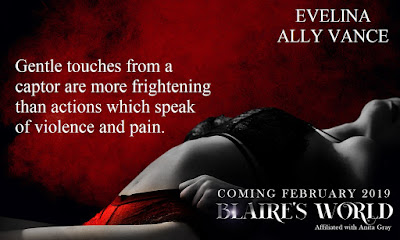 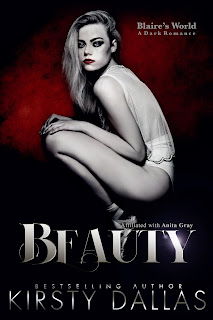 Sold.Tortured.Abused
My name is…well, to tell you the truth I’m not so sure anymore. To my master I’m known only as ‘beauty’, a word that inspires magnificence, however in my mind it only imparts feelings of horror and helplessness. Stolen at just fifteen-years-old, I’ve been held hostage for three years now, my body no longer my own, my mind twisted into something I no longer recognize. Then came Hart, dangerously handsome, and frighteningly male. Instead of fearing this curious man like I should, I do something I never thought I’d do again, I trust him. And when he whispers my name, “Beauty”, it’s with such soul shattering tenderness it brings new meaning to the word. I more than trust him…I’m infatuated with him. We are the same, you see, our monsters match and our thirst for revenge is as sweet as it is deadly.
My story isn’t pretty, but my vengeance is sublime. 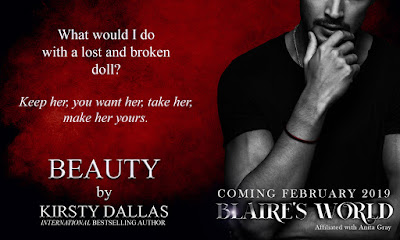 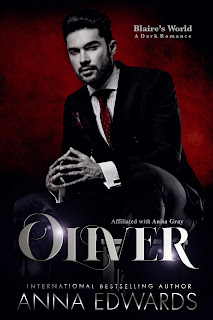 My name is Oliver. I was a guard to Maksim Markov; king of the Russian underworld in Europe.
I’ve seen things that would turn a cast iron stomach. I’ve stood by idly and watched endless acts of depravity. I’ve created hell on Earth in exchange for fortune. I’ve maimed, tortured, taken, and I’ve killed. My mind is dark, my inclinations perverse, and my soul is black. There’s no salvation for me—until Amaya enters my life; a raven-haired beauty with blue eyes that sparkle like sapphires. She’s the epitome of what my life isn’t. I’m not worthy of her, and she certainly deserves better than me, but that’s never stopped me before. When I want something, I take it, and right now, I want her—and I won’t let anything or anyone prevent me from making her mine. 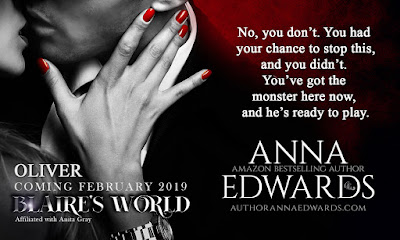 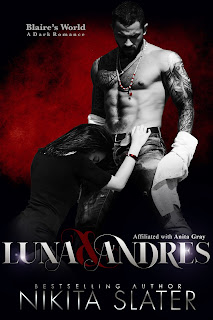 Will their love finally die in the face of her ultimate betrayal?
Luna… I thought our love would be enough to get us through forever. From the moment we met, our passion, our love, was explosive and consuming. My Andres is my rock, my love, my everything. But sometimes love isn’t enough. Some things are more important. Now I’m doing the one thing I never thought possible. I’m running from the cartel, from my home and from my husband. I’m running for my life. Andres… Luna has been my light in the darkness from the moment I set eyes on her. She is my rock, my comfort, my only love. Her betrayal burns deep. She can’t be allowed to live. The cartel, my family, they won’t sanction it. I will hunt my wife and I will put her down. Though it will kill the last decent thing left in me… 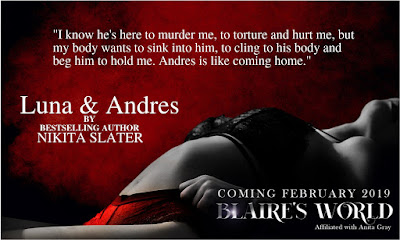 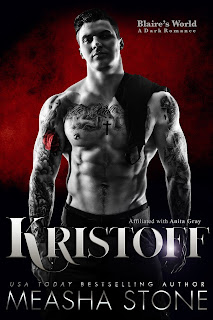 Stolen and locked away.
My name is Magdalena. I’ve been chasing after a story more dangerous than I realized. And now, they’ve taken me. The Dowidoff family has been the focus of my attention, and now I’m theirs. They’ll keep me locked away until I’m trained, and then they plan to sell me. Highest bidder wins me; the nosey American girl, and Kristoff has been put in charge of my education. I can’t give up hope, even when Kristoff promises there is none. Not for me at least. He’s going to break me. He’s going to teach me. And at the end of it, I will be claimed. 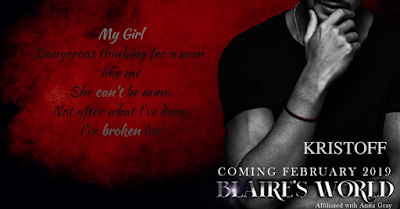 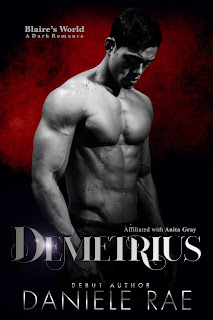 There are many different versions of beauty; an exquisite painting, meaningful lines in a melancholy song, gazing at a fire blazed sky just after the sun has set. I find beauty in the crimson hue of blood, the last breath from suffocating lungs, anguish filled eyes losing their life. I find beauty in death…and Olivia. She’s my sanctuary, the warmth to my cold heart – and someone dared to take her. Even though there are quiet whispers about me, Olivia has never seen my rendition of beauty. Now, it's time she witnesses the truth. I’ll paint a masterpiece with that familiar shade of red. Bodies will drop, and all of France will burn until I have my Olivia back. No one is safe until I find her. 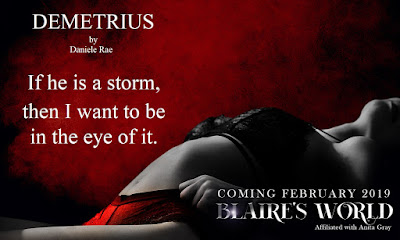 SKYE CALLAHAN
Skye Callahan is a top 25 Romantic Suspense Author on Amazon and her books have hit the top 100 on Amazon, Apple Books, and Barnes & Noble. Named a Rising Star in Romance by iBooks in 2015, author Skye Callahan uses fiction to explore the darker aspects of human nature and the resiliency needed to survive. Prior to pursuing writing full-time, Skye earned M.A. in History and participated in numerous local history projects including a full-length Civil War documentary for PBS. She’s obsessed with penguins and lives in a house full of cats, one dog, a growing collection of Nightwing comics, and a loving husband who keeps her relatively sane.

ALLY VANCE
Ally has been writing since she was a teenager, and studied Professional Writing at college. It has been a long time dream of hers to finally become a published author. She finally achieved this in 2018 with her Bestselling debut book, Flower in the Dark. Ally writes Dark Romance genre, and also poetry, she is willing to expand into other genres if the inspiration takes her. Ally also co-writes with her close friend Michelle Brown under the pen name Ally Michelle. Ally lives in Kent, in the United Kingdom with her husband and stepson.

KIRSTY DALLAS
Kirsty Dallas is an international bestselling and award winning author from the south east corner of Queensland, Australia. Her comedy romance, Decker's Wood, reached Amazons, iBooks and Nooks Best Seller list and was a Goodreads Top 10 Comedy for 2014. Her novels to date also include the highly acclaimed Mercy's Angels Series which tackles the subject of violence against women, and standalone novels Breeze of Life, Violet Addiction, Stupid Love, award winning dystopian fiction When Nothing Is All You've Got and its spin-off, Liberty.
Kirsty Dallas' stories are renowned for their raw honesty and engaging characters. Plots that delve into the frightening subjects of abuse, rape, drugs and violence are twisted into the pages of her books, bringing heart stopping action and a roller coaster of emotion. Working with Aussie Director and screen writer, Chris Sun, Kirsty worked as script editor on the horror feature film, Boar. Boar was signed to Universal Pictures Australia and released in 2018.

ANNA EDWARDS
All I am a British author, from the depths of the rural countryside near London. In a previous life, I was an accountant from the age of twenty-one. I still do that on occasions, but most of my life is now spent intermingling writing while looking after my husband, two children and two cats (probably in the inverse order to the one listed!). When I have some spare time, I can also be found writing poetry, baking cakes (and eating them), or behind a camera snapping like a mad paparazzi.
I'm an avid reader who turned to writing to combat my depression and anxiety. I have a love of travelling and like to bring this to my stories to give them the air of reality. I like my heroes hot and hunky with a dirty mouth, my heroines demure but with spunk, and my books full of dramatic suspense.

NIKITA SLATER
Nikita lives on the beautiful Canadian prairies with her twelve-year-old son and two crazy awesome dogs. She has an unholy affinity for books (especially erotic romance), wine, pets and anything chocolate. Despite some of the darker themes in her books (which are pure fun and fantasy), Nikita is a staunch feminist and advocate of equal rights for all races, genders and non-gender specific persons. When she isn’t writing, dreaming about writing or talking about writing, she helps others discover a love of reading and writing through literacy and social work.
For more information on Nik's upcoming book releases, giveaways, WIP's and her insane cupcake addiction check out her Facebook page and join her private Facebook group, Nikita's Underworld.

DANIELE RAE
Daniele Rae was born and raised in sunny San Diego, California. She is a Marine Corps Veteran and lover of all things romance. When she’s not writing or teaching her kids, she’s eating tacos with her husband. Demetrius is her Debut Novel.