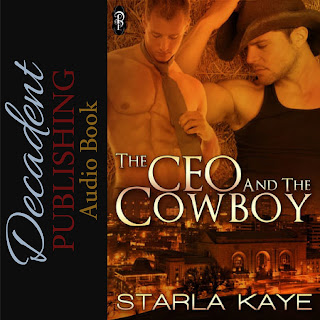 BLURB - The CEO and The Cowboy
The whole thing about relationships and feelings confuses the heck out of Calhoun. He’s a simple cowboy and he’d been planning to marry a long-time friend for a while. When he finally realizes it doesn’t feel right, he lets her go. He probably shouldn’t have gone to her wedding to another man, but she wanted him there. But that’s when he really gets confused. His eye is drawn to a seriously hot businessman…and that sure does unnerve him…and yet….
Emotionally burned by the last man he thought he’d loved, Daniel isn’t anxious to replace him. But there is something about the proud, bedroom-eyed cowboy who shows up at his friend’s wedding. The CEO isn’t even sure if the cowboy’s gay, although the heat firing between them makes him wonder….
What he does know is that he plans to find out. 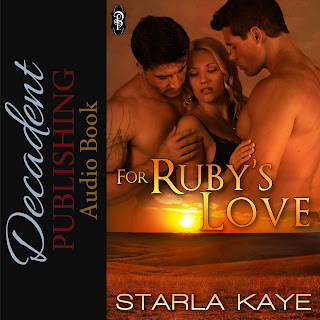 BLURB – For Ruby's Love
Calhoun’s a simple cowboy with more problems in his life than he can handle at the moment. After nearly two years, he struggles to hang onto a relationship with Daniel, his first male lover. Daniel is worried about him because of the fire, his concern for his prized breeding mare, and because he is determined to buy the neighboring ranch to expand. But Daniel isn’t a businessman without goals of his own for expansion, a fact that frustrates Calhoun as well. He doesn’t want to lose Daniel, but will their differences finally be too much?

Daniel considers himself a lucky man to have met the rancher, someone almost his opposite and someone who he doesn’t want to live without. Standing beside the moody Calhoun has been difficult since the fire that burned down a horse barn, took the lives of two valuable horses, and traumatized a favored mare. Along with all of that, his harried friend is determined to expand his ranch holdings. Daniel is against the purchase and would prefer to find a way to slow the man down. Lately, he’s also begun worrying if maybe he isn’t enough to satisfy his lover’s needs.

Complicating everything even more, Ruby shows up later than expected at Calhoun’s ranch to honor a job as a horse therapist that her father had agreed to before his sudden death. She knows what happened to the mare and is certain she can help her, if given the chance. But the stubborn rancher can’t get past the idea of her being a woman, someone not strong enough to work with such a damaged horse. They butt heads over the matter until she finds an ally in Daniel. He is concerned and yet believes in her abilities. Another problem arises, though. She and Calhoun have been skirting around an unwanted attraction, and then she discovers another surprising interest between her and Daniel.

Please add you review(s) here or delete this section if not reviewing. 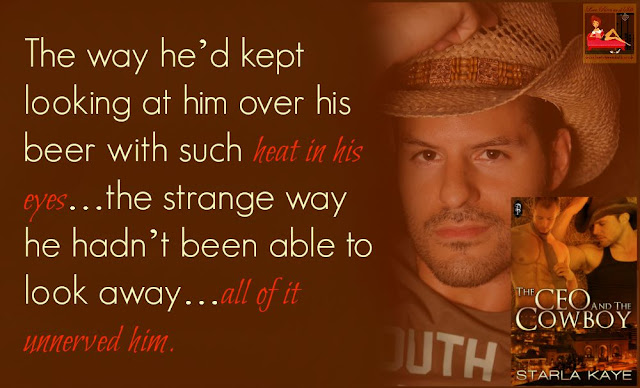 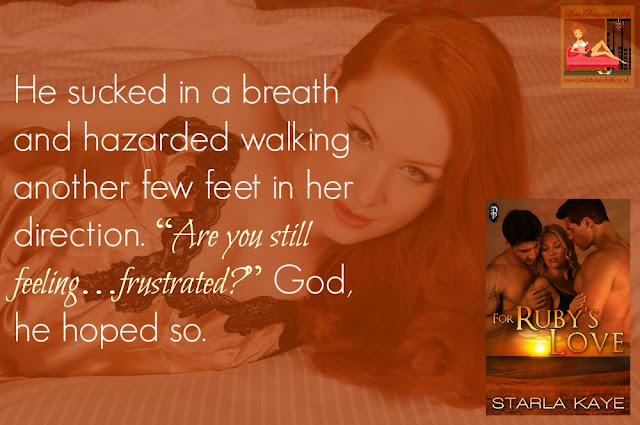 Excerpt from The CEO and The Cowboy (PG13 Rating)

“Want a tour?” He desperately wanted to get him up to his bedroom. He wanted to strip
him out of that Western-cut suit, find out if he was a boxers or briefs man. He was curious if
those pecs were as muscled as he suspected, if the abs were six-packed. He longed to….

“Why did you really bring me here?”

Surprised, he stood quietly for several long seconds, debating how to answer. Then he
decided actions might just be better than words at the moment. If he had the nerve. Yes!
Yes, you do.

He moved directly in front of him, watched the man’s nostrils flare, and his eyes widen.
But the cowboy didn’t step back, and he didn’t look ready to send a fist into his face. Nerves
tangling in his stomach, he put his hands around Cordell’s neck and leaned closer.

The big man tensed, but still didn’t tell him to back off. He didn’t say a word, just stood
there looking wary, but determined. Clearly curious. Cautious, too.

Unable to resist any longer, he slanted his mouth over the tempting lips. Fire seared him.
Need. Desperation.

Cordell stiffened even more, and he was pretty sure his cowboy had never done this
before. He appeared uncomfortable, and his heart pounded so hard he could feel it. Yet he
didn’t pull away.

Not wanting to frighten the man off, he gently slid his tongue along the crease of those
lips until, finally, they opened. He had to have more, but he had to go slowly.

Surprising him again, he felt Cordell put his arms around his waist, pushing under his
suit coat, pulling him closer. God, yes!

Heat raged through him, and he felt the warmth of the body pressed against his. Their


hearts thudded, chest against chest. Then the man shuddered even as they tangled tongues.

Never in his wildest dreams would he have imagined such a thing happening in here. But, damn, he would be dreaming about this for months, maybe longer.

He knew this was a very private moment. He should stop staring at her, back away, and pull the door closed. They need not ever mention what he’d discovered. Yet, instead of being the gentleman and leaving, he stepped into the room and closed the door behind him.

“That’s such an incredible turn on.” He felt like an idiot the instant the words left his mouth. He hadn’t lied, though. His body pulsed with desperation. One hint of encouragement and he would be on the bed, licking off those sweet cream-coated fingers, and driving into her himself.

“Ummm,” she struggled to speak, no doubt embarrassed. Her face flamed as she held still, looking uncertain about pulling her fingers free. “Well, this is awkward.”

He shrugged and took a hesitant step closer. “I suppose for you it is.” He inched nearer, his heart pounding. “I’m pretty much enjoying the view.”

“Really?” She worried her lower lip and dropped her hips to the mattress, slipping her fingers from her body.

“Hell yes!” He concentrated on not running to the bed, pleased she hadn’t demanded he leave. “I’ve never had the pleasure of watching a woman do that.”

He sucked in a breath and hazarded walking another few feet in her direction. “Are you still feeling…frustrated?” God, he hoped so. He could take care of her problem, and his.

She enjoys writing about strong-willed, independent women who butt heads with equally determined, self-confident, and slightly domineering men. Her belief in relation to her heroes is to find them their perfect match, but make him really work for the happily-for-now or happily-ever-after with the woman who wins his heart. Of course, she likes her heroines to be challenged as well. Love isn't easy.

Starla Kaye is generously giving away $25 Amazon/Eden Fantasys Gift Card during this book tour. Complete the rafflecopter entries for your chance to win.

a Rafflecopter giveaway
Posted by Unknown at 6:00 AM