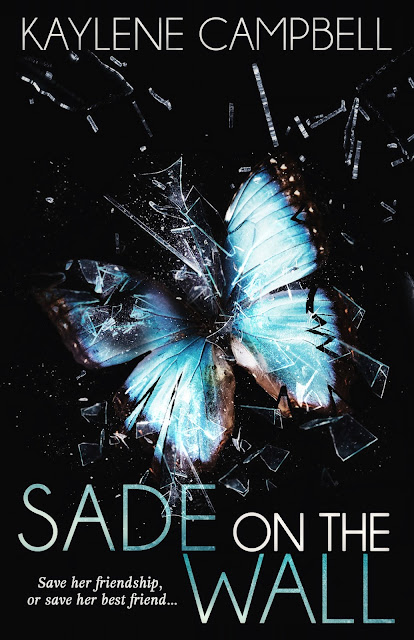 Save her friendship, or save her best friend...
Sade and Jackie have been best friends since they were little, but a dangerous habit may drive a rift between them forever. When Sade finds out that Jackie has been attending raves, she doesn’t think it’s a big deal—until she discovers that Jackie has an even bigger secret.
Sade soon finds herself lying to the people she loves most in order to cover for Jackie. Caught in Jackie’s web of self-destruction, she tries to do her best to honor the best friends code of secrecy. As things spin more and more out of control, though, Sade realizes there is only one thing she can do to save Jackie.
Sade on the Wall is a poignant, raw coming of age story filled with suspense, tough choices, and heartache. Delving deep into the world of teen drug addiction, it will strike a chord with both teen and adult readers.

REVIEW BY CASSIE
Sade and Jackie have been best friend's, since forever, but when Jackie starts drifting away, all will change. With friendship comes bumpy roads. Ones that we hate to cross. With Sade, she's stuck in the middle. It's either tell on her best friend, or watch her spiral more out of control. Keeping this secret will eventually have everything around Sade, falling apart.

THIS IS A TEEN BOOK. I didn't know this when I signed up for the ARC, but you soon will find out it's for the teen reader's. Sade on the Wall is a great book for the younger audience. It tackles a lot of real life situations, that most teen's will face. As an adult, I of course found it not really peaking my interest. A thirty year old reading about fifteen year old's, so it lost me there. The writing was good, but I did feel like there was some mundane stuff, just to feel up a few paragraphs. If you've seen Party Monster, when 'Angel' is introduced, you'll probably roll your eye's... I did. That kind turned me off... but I know the teen reader's want get the reference. This is a quick read, that we're left wondering and guessing. It's a cliff hanger. For the target audience, I think the teen's will fully enjoy it, and needing more of Sade's story. 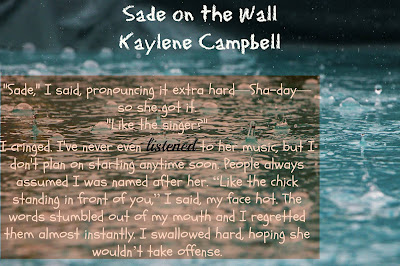 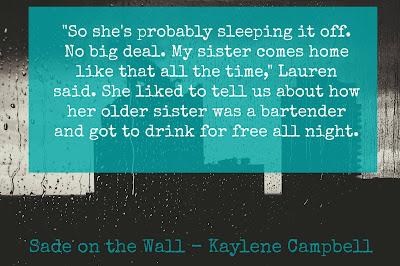 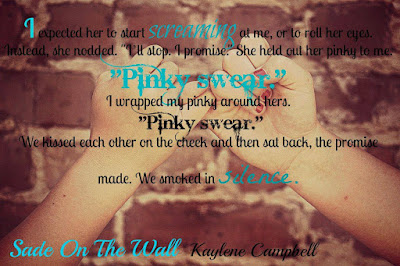 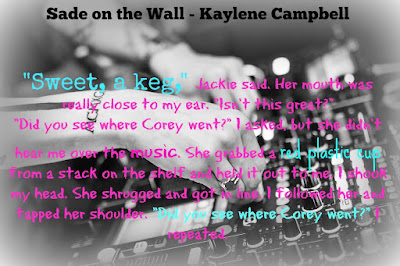 Kaylene Campbell believes in spreading the message of prevailing hope, even in the darkest times. She writes suspense novels for teen readers that focus on substance abuse and mental illness. Partially based on experiences from her own life, Sade on the Wall is her first novel. Kaylene started writing at a young age, but only recently began pursuing her dream of being a full-time author. Though she has traveled all over New England and the East Coast, Kaylene makes her home in Connecticut with her husband, the mixed media artist Michael Campbell.