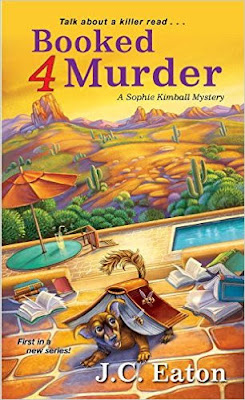 Never judge a book by its cover...

Sophie “Phee” Kimball is not a cop. She’s a divorced, middle-aged mom who works as an account clerk for the police department in a small city in Minnesota. But her retired mother, Harriet Plunkett, is convinced Phee is the only one who can solve the mystery of a cursed book. According to Harriet, four members of her book club have already succumbed to the deadly curse. Harriet insists Phee catch the next plane to her retirement community in Sun City West, Arizona, to investigate.

Is her mother just bored and lonely? She does have a new pet—a long-haired chiweenie (half Chihuahua, half Dachshund)—for company and a host of pals (although that number is admittedly dwindling). Phee is certain that their book club selection isn’t cursed, but is somebody really knocking off the ladies? As Phee starts to uncover dark secrets hidden in plain sight under the blazing Arizona sun, she’ll need to read between the lines before it’s someone else’s final chapter....

“I’m telling you, Phee, they were all murdered. Murdered by reading that book.”

I tried to keep my voice low, even though I felt like screaming. I had gotten the full story last night, but apparently it wasn’t enough.

“That’s insane, Mother. No one drops dead from reading a book. Look, can we talk about this later? I’m at work.”

“Then you shouldn’t have answered your cell phone.”

She was right. It was a bad habit. One I had gotten used to when my daughter was in college and had all sorts of would-be emergencies. Now it was my mother in Arizona who seemed to have a never-ending supply of issues–the plumbing in her bathroom, a squeaky garage door, the arthritis in her right hand, a bridge player from her group who was cheating and trouble keeping her succulents alive. Today it was some bizarre story about her book club. I glanced at the bottom of my computer screen for the time and decided to let her speak for another minute or so.

“Like I was saying, all of us in Booked 4 Murder are going to die from reading that book. There’s a curse on it or something.”

“Honestly, Mother, you can’t be serious. We went through this last night. Minnie Bendelson was eighty-seven, overweight, diabetic and had a heart condition! Not to mention the fact she was a chain smoker. A chain smoker! Edna Mae Langford fell, broke her hip and died from complications of pneumonia. And she was in her eighties.”

“What about Marilyn Scutt? She was only seventy.”

“Her golf cart was hit by a car going in the wrong direction!” 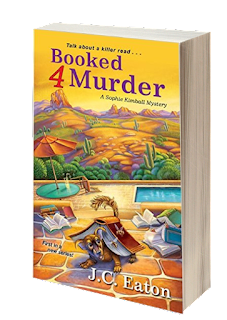 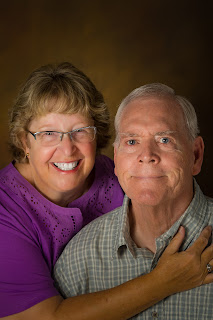 J.C. Eaton is the wife and husband writing team of Ann I. Goldfarb and James E. Clapp who reside in Arizona.

Ann I. Goldfarb
New York native Ann I. Goldfarb spent most of her life in education, first as a classroom teacher and later as a middle school principal and professional staff developer. Writing as J. C. Eaton, along with her husband, James Clapp, she has authored the Sophie Kimball Mysteries (Kensington) set for release in June 2017. In addition, Ann has nine published YA time travel mysteries under her own name. Visit the websites at: www.jceatonauthor.com and www.timetravelmysteries.com

James E. Clapp
When James E. Clapp retired as the tasting room manager for a large upstate New York winery, he never imagined he’d be co-authoring cozy mysteries with his wife, Ann I. Goldfarb. His first novel, Booked 4 Murder (Kensington) is set for release in June 2017. Non-fiction in the form of informational brochures and workshop materials treating the winery industry were his forte along with an extensive background and experience in construction that started with his service in the U.S. Navy and included vocational school classroom teaching. Visit the website at www.jceatonauthor.com