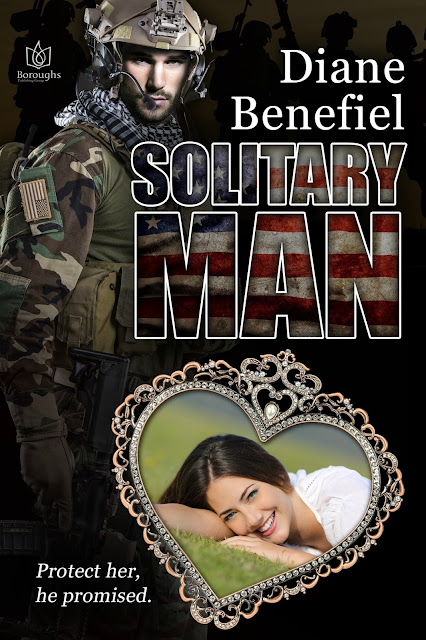 On a battlefield in Afghanistan, Sgt. Ryder Bronson makes an oath to protect his dying friend’s wife from a rogue cop—and from the passion that will threaten to overwhelm them both.


After surviving a deadly Taliban attack on his unit, Sgt. Ryder Bronson returns home to fulfill a promise—to keep his dead friend’s wife safe from a scandal so dark that it threatens her life. But protecting her from a distance is essential. To be in close contact with Brenna McMurtrey means fighting the guilt and desire waiting to destroy him. Being honest with her would reveal more than his heart can bear.


Over a year after the death of her husband, Brenna is finally ready to move on. Yet, just as she begins to push past the grief and start living again, danger rises at every turn. Several close calls prove she is the target of a sinister scheme. Nowhere is safe, especially not home. Her next-door neighbor appears to be watching her, a handsome if bad-tempered stranger who seems everywhere at once—and whose gray eyes hold an ocean of tragedy. Even if he is capable of protecting her, a part of Brenna will still be in jeopardy. The part that believes she can never love again.

Trying to shake off the hollow feeling, she clicked through more photos. One grabbed her attention, had her frowning. It was a selfie, Kenny outside on a blazingly bright day, standing in front of a tent and holding up a thermometer showing the temperature at 122 degrees. But it was the man standing several feet behind him that had her peering closely. Out of focus, the soldier stood in profile, sunglasses on against the glare. An army t-shirt revealed a muscular build and dark hair cut military short. She studied the photo but couldn’t be one hundred percent sure. It could be him, but maybe not. She clicked the mouse to move on to the next image.

She’d almost gotten to the end of the file when she found the image she’d been looking for.

Kenny had sent it after he and his sergeant had met with tribal leaders. Out of respect for their hosts, he’d said, the soldiers had dressed in the loose-fitting garb commonly worn by Afghan men. Both looked sunburnt, Kenny’s light brown hair nearly bleached blond by the sun. The wind had obviously been blowing; she could see dust billowing behind them, and they’d pulled white fabric from their tunics over their mouths and noses. She couldn’t look away from the man standing next to her husband. Slate gray eyes unrelieved by blue over sharp cheekbones. Ryder Bronson looked at her out of the photo, his arm slung loosely around Kenny’s shoulders.

Oh God. It was him. He’d served with Kenny and never said a word. Warring emotions drove her to her feet. Brenna hit print before storming out of her house and across the yard. Fury propelling her, she ran down her driveway to the gap in the split-rail fence and crossed onto Ryder’s property, the sheet of printer paper clutched in her hand. She approached the house and heard music, gritty metal, reverberating loudly through the late afternoon. At his front door she raised a fist and pounded. “Ryder! I want to talk to you!”

Waiting, barely able to contain the emotions surging inside her, she was afraid she would explode into a thousand pieces if she didn’t find a target for her anger. Ryder Bronson made a perfect target. When the door remained firmly closed, she seethed. She’d just bet he was hiding in there like a coward. “Ryder!”

Sucking in a deep breath, she tried to calm her racing heart. Even the knowledge that if she saw him in that moment she’d do more damage than Wade had inflicted didn’t deter her. About to knock again, she suddenly realized that the music wasn’t coming from inside the house, but from behind it. She strode around the side of the house to an open gate. Stepping through, she rounded the corner to the backyard then drew to a halting stop.

A sunroom had been built onto the back of the house and the windows were open to the outside, exercise equipment arranged around the room. Her attention zeroed in on Ryder, standing with his back to her at a chin-up bar. She stepped closer, stopping just outside the window, the music drowning out any sound of her approach.

His shaggy hair reached almost to his shoulders and he wore only a pair of athletic shorts riding low on his hips. He raised his arms, gripped the bar and, muscles bulging, sweat glistening, pulled himself up, held, then lowered back down. He had a beautiful back with wide, muscular shoulders tapering to a taut waist. A tattoo of an army insignia rippled on his right shoulder blade as he repeated the process without pause. Dismayed, Brenna realized she’d gone from raging anger to a belly-deep hunger in under ten seconds.

She wasn’t about to admit to that hunger being lust, but it sure felt like it. She tried to bring back the fury. Feeling anything close to lust for a man who wasn’t her husband, for a man who’d lied to and confused her, only made her angrier.

Wavering, unsure whether to confront him or just go back home and eat a gallon of ice cream, she found the decision made for her. A dog let out a bark from inside the room and Ryder dropped to the floor and turned to the window. He caught sight of her as two dogs tore out of the open doorway, barking furiously.

Brenna put out a hand to the dog now busily sniffing her shoes, glad to have something to look at that wasn’t Ryder’s chest. The music cut off and in the sudden silence she lifted her head. He walked to the doorway, gaze locked on hers, wiping the sweat dripping from his forehead with a shirt wadded in his hand. A rough scar marred the skin high on his left shoulder. Throat dry, she swallowed convulsively at the play of muscles as he shook out the shirt. He raised a brow in question. “Want water?”

She shook her head. He pulled the shirt over his head before crossing the room, where he reached into a mini fridge. Returning to the doorway, eyes on hers, he tipped back the bottle, throat working as he swallowed. Screwing on the lid, he stepped across the threshold.

She took a hasty step in retreat. “Never mind. I changed my mind. I don’t want to talk to you.”

“Then why are you here?”

“Because I was going to talk to you and now I’ve decided it’s not a good idea.” It really wasn’t a good idea because confusion, need, and anger all mixed together to make her feel like a seething mess.

“Chicken? I am not chicken.” She backed up another step. “I just made a mistake coming over. People make mistakes all the time. I bet you even make mistakes. I came over to talk to you, and now I’ve decided not to.”

A shiver raced down her spine and she realized her emotions were too close to the surface. “I’m so mad at you it would be better not to talk to you right now.” Still in retreat, she held up a palm when he moved closer. “Go back to doing…” she fluttered her hand and gulped a breath, “to doing that, that muscle thing, and I’ll go back home. I’ll see you then. I mean, not then, but later.”

“Do you know you talk too much when you’re nervous?”

“I should know whether I’m nervous or mad. Never mind. This was a really bad impulse. Good-bye.” She turned to flee but he reached out and grabbed her hand. When she stilled, he wasn’t looking at her face. He stared at her arm, his thumb brushing across the sensitive skin where the bruises left by Wade’s fingers showed as dark smudges. Pulsing energy followed his touch along her arm. She was surprised there weren’t little crackles of electricity wherever his skin contacted hers.

“I need to go.” She felt her belly quiver.

“What’s a really bad impulse?” Even as he said the words he took the crumpled sheet of paper from her other hand. She held her breath as he let go of her and opened it. He stood motionless, studying the image. Steady eyes raised to meet hers.

“I’ve wondered if you’d figure it out.”

The soft-spoken words let loose something inside her, a wall that had held back all of the anger over Kenny’s death and the feelings of betrayal by Ryder. Without conscious thought, she raised a fist, pulled it back, and landed a solid punch in his stomach. He let out a grunt.

“You lied to me.” She let loose with another punch but this time her fist slapped into his palm as he caught it. She pulled back her left and let fly, striking him on the shoulder.

“Damn it, stop hitting me.”

She hiccoughed, then gave up trying to hold back the tears. “I don’t hit people. I never hit people.” Tears streamed down her cheeks, and she punched him again, attacking with emotions too long pent up. “You lied to me,” she sobbed. “You lied. You knew Kenny and you didn’t tell me.” She jerked her right hand free of his grip. Her breath heaved as she redoubled her efforts, fists pounding against his chest. He quit trying to stop the blows, instead pulling her closer, arms encircling her shoulders and making it impossible for her to get any leverage behind the punches.

“Shush, Brenna, darlin’.” He uttered the soothing words, hands moving in calming movements over her shoulders and down her back.


“Don’t you ‘shush, Brenna’ me. I’m on to you.” Her words were muffled because he’d pulled her against his chest, locking her arms against him, her cheek resting over his heart. He held her close and she took a deep breath to steady herself, his scent filling her head. Even when her mind screamed that this wasn’t right, that he wasn’t Kenny, for just a moment she let herself give in to the overwhelming need to be held. She wrapped her arms around his waist and hung on, eyes squeezed shut as a last shudder shook her body. 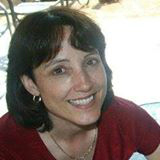 Born and raised in Southern California, Diane Benefiel likes nothing better than summer. For a high school history teacher, summer means a break from teenagers and early mornings spent immersed in her current writing project. She writes what she loves to read – emotional, heart-gripping romantic suspense novels. With both kids living (mostly) out of the house, in addition to writing, she enjoys camping and gardening with her husband. Diane is an active member of two RWA chapters, East Valley Authors and Orange County. She loves hearing from readers.