WHAT IF EVERYTHING YOU KNEW ABOUT YOURSELF WAS A LIE?

Melusine Doré is as practiced at guarding a secret as she is at wielding a weapon. Yet her past refuses to stay buried. Her worst fears are realized when Melusine and her companion, Levi, get called to hunt a beast in her birthplace of Malheur. The second she sets foot on her native soil, nothing proceeds as she planned: a beautiful tinker sets her sights on Levi, a gentle monster kills for sport, and an admission of love becomes a betrayal. Melusine comes face to face with the lies of her family’s past—and a truth that could destroy her.

Adventure number two in the Clockwork Siren series, Submerged takes us from the muddy trenches of steampunk Chicago to the sticky swamps of Louisiana to the slippery side of love. 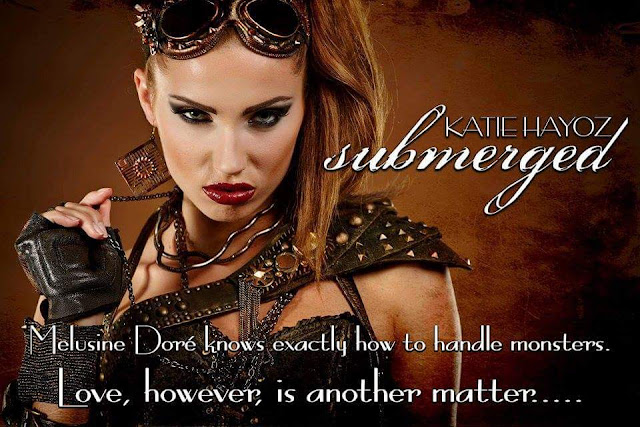 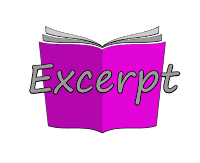 The broadside under the heel of Melusine’s boot taunted, MELUSINE DORE: FRIEND OR FIEND?
Good question, thought Melusine. It was the third headline this week that sought to put Melusine in the same category as the monsters she hunted.
She twisted her foot, the thin paper folding like an accordion and ripping under the pressure. She would worry about the accusations later. Now, she had a job to do.
She descended step by rotting step down a ladder and into a muddy trench. The air was ripe with the odor of insects and stagnant water and sewage. She tugged her chatelaine out from her corset and opened a tiny vial of rosemary oil, dotting a drop of it directly under her nose.
Her boots squelched in the muck, her hands out on either side, scrabbling the walls of the trench. The darkening night made it difficult to see; she scraped against newly laid pipes and tripped over littered debris. A fur-backed troll had taken up residence in the ditches dug for the new pipelines that were intended to clean up Chicago. The creature had been making meals of the workers, leaving nothing but picked-clean bones behind. If the city wanted to move forward on its project to raise itself out of squalor and sewage, the troll had to be taken care of.
An itch at the base of her skull told her she was close. Fingering her chatelaine again, she unhooked a bag of goblin powder from the links. She was at a crossroads of sorts, the trench tunneling both straight ahead and to the right. To the side, almost completely hidden in shadow, was a misshapen figure. Ahead of her was another one; she could just make out the two bulging orbs of its eyes. As it stepped forward, Melusine threw the goblin powder in its face. “Sweet dreams, little troll,” she said.
But instead of dropping into an instant deep sleep, the creature sneezed. Loudly. Once. Then twice. A voice Melusine knew well swore, “Tarnation! Mel, please tell me this isn’t goblin powder!”
Levi Cannon. Now that she was closer, Melusine saw the strange copper and glass contraption Levi wore strapped to his face. Night goggles, his inventor friend Zahn’s latest design. Levi sneezed three more times then took the glasses off. Already, even in the dim light, Melusine could see the pink stain of irritation from the powder blossoming on his face everywhere but where the goggles had been.
“I’m hunting a troll. Of course it’s goblin powder. What are you doing here?”
The sneezing was constant now, and Levi had to speak in gasps. “With the rumors…I just…wanted…to be positive…no one…would…try to hurt…you.”
He sneezed an explosion, then yelled, “Behind you!” But Melusine was ready. The back of her neck had been crawling at the monster’s approach. She yanked her dagger from the sheath on her thigh and whipped around, throwing the blade between the troll’s giant, milky eyes. The beast was pale, its yellow-blue skin wrinkled, translucent and hairless but for the thick rug of brown fur growing over its shoulders and down its back.
The dagger stunned it for a second, but then it let out a gurgled roar and raced for Melusine. She readied the dregs of the goblin powder, was just waiting for the creature to get close enough when clink, clink, clink, pop, pop, pop, she felt the whizz of bullets passing over her shoulder. The monster burst into a mess of fluids, tufts of brown fur covering Melusine like an itchy blanket.
“A crank gun?” she moaned. “You planned on making a mess. Admit it, Mr. Cannon.” She tried wiping the coarse fur off of her arms, but all she managed to do was spread it around.
“Not unless you admit that throwing the goblin powder my direction was not entirely an accident.” Levi was now scratching at his face, the pink blotches growing red. “Ow! Tonight of all nights! You know I have an appointment with a woman on Ashton Avenue to remove the gnome that’s taken up residence in her garden.”
Oh, yes, Melusine remembered the elegant and beautiful sophisticate who’d made the appointment. Who’d insisted that Levi come work alone. Melusine held back a twitch of a smile.
“That’s tonight?” She took her dagger from the troll’s skull and wiped the purple blood off on the leg of her trousers. Holding the blade up in front of her, she inspected its cleanliness, the tip pointed at Levi’s heart. “But what does it matter how you look? Surely, you were not planning on seducing the lady?”
Levi set a gloved finger on top of the blade and lowered it until the point was facing the ground. His eyes stayed trained on her face, the intensity of them tugging at a thread of longing stitched in Melusine’s chest.
“There’s only one woman who interests me,” he said. “I’d kiss her now if I could, but my lips are beginning to blister.” 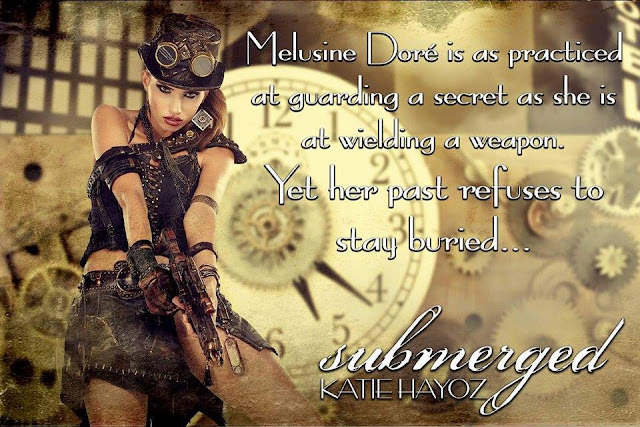 Katie grew up in Racine, Wisconsin where she acquired an irreversible nasal twang and an addiction for books with a slightly dark edge. She now lives in Geneva, Switzerland with her husband, two daughters, and two fuzzy cats. She has been an avid reader of YA fiction for years. While she has a penchant for the paranormal, she devours a range of books -- along with popcorn and black licorice. She consumes all three in large quantities. Luckily, the books don't stay on her hips.