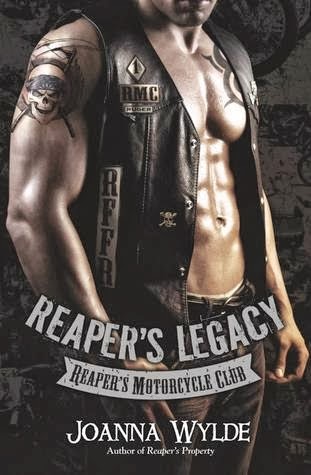 “WELCOME TO THE CLUB”

Eight years ago, Sophie gave her heart—and her virginity—to Zach Barrett on a night that couldn’t have been less romantic or more embarrassing. Zach’s step-brother, a steely-muscled, tattooed biker named Ruger, caught them in the act, getting a peep show of Sophie he’s never forgotten.

She may have lost her dignity that fateful night, but Sophie also gained something precious—her son Noah. Unfortunately, Zach’s a deadbeat dad, leaving Ruger to be Noah’s only male role model. When he discovers Sophie and his nephew living in near poverty, Ruger takes matters into his own hands—with the help of the Reapers Motorcycle Club—to give them a better life.

Living with outlaw bikers wasn’t Sophie’s plan for her son, but Ruger isn’t giving her a choice. He’ll be there for Noah, whether she wants him or not. But Sophie does want him, has always wanted him. Now she’ll learn that taking a biker to bed can get a girl dirty in every way…

Can a good girl fall in love with a bad boy biker, or will hearts break and a family ruined?
Sophie has given everything she's had to a man, Zack, that treated her like shit. She's given him her virginity, her life and gave him a son, but he could care less about any of that. He's left his mark's on her by bruises and and emotionally beat her with his words.

Meeting Ruger, Zack's step brother, while laying on his couch she just lost her virginity on (Yeah I would have died right then and there) she would have never though he would be the man who would save her and claim her.
Ruger has been there anytime Sophie or Noah needed them and with one phone call, all three of their life's will change. With everything Ruger has done, Sophie is grateful, but the life Ruger lives isn't what she wants around her or her son.

Ruger is a member of the Reaper's Motorcycle club, he's tattooed, pierced (Clears throat, everywhere ladies) hot and all man. Just the thing Sophie want's to stay away from, but with a history between them and their attraction growing stronger everyday their around each other, it's hard to do. Can she keep her libido in check?

Can Sophie fight the temptation, or will giving into it be worth the consequences?.

"This man was like heroin- seductive, addictive, and a damned good way to wake up dead."- Sophie

While she is trying to stay away from the dangerous life he lives, she get's sucked into it and with that everything will change, but for better or worse? With a war forming between the Reaper's and another MC, will this make Sophie decided enough is enough?

"I'd never be more than a toy to him, and the men in his family had a history of breaking their toy's. They just did it in different ways."- Sophie

"You're in my dreams every night. I wake up in the morning and all I think about is you in my house, you and Noah finally mine. My family. It's even better than ridin' my bike. I'm crazy for you, Soph."- Ruger

Ruger is hell bound on claiming Sophie as his property, as his old lady, but he isn't promising her to be a one woman man and with that, Sophie can't agree to his terms. But will the attraction and the pull they have for each other change all that? Can Ruger calm the man whore he is, so he can have the woman he truly want's or will he ruin it forever and lose her and Noah for good? Can they both have a little bit of Faith and see where it all goes? 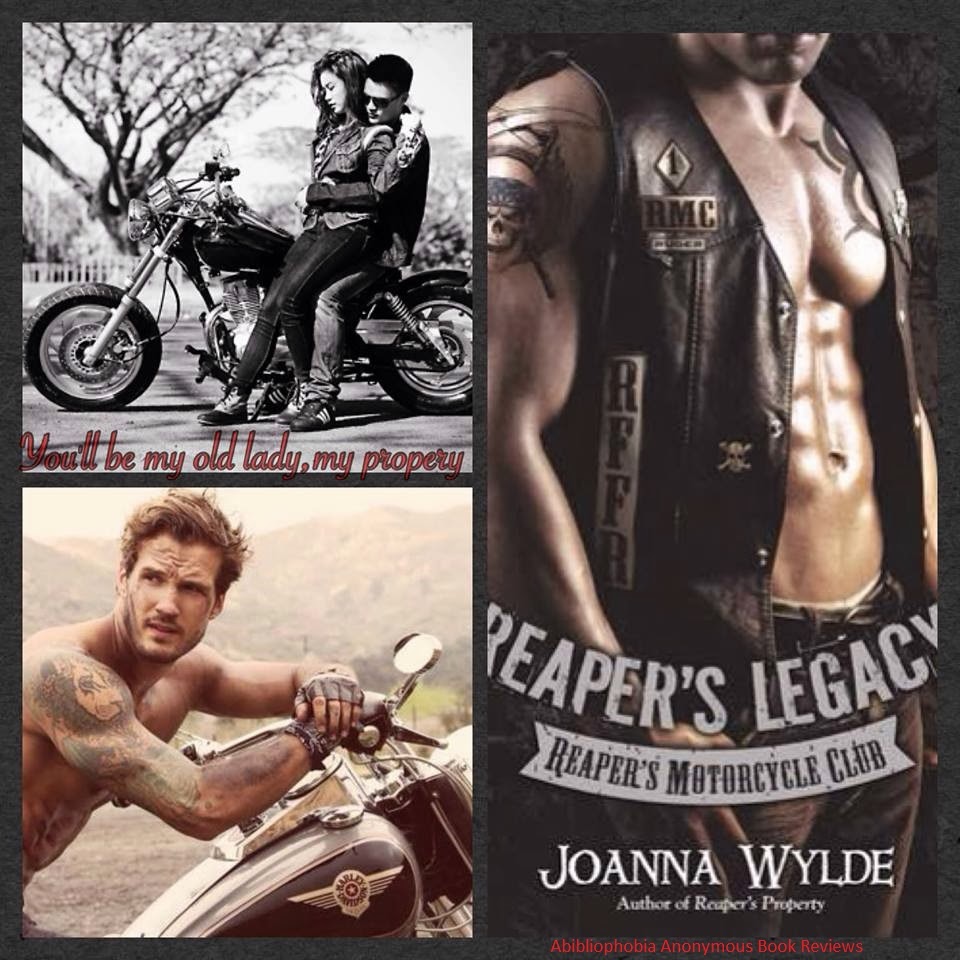 This is the second anticipated book in the Reaper's MC series, that has every lady waiting on the edge of their seats to finally have this book on there ereader.

Sexy biker, alpha male, leather cuts, tattoos and piercings *everywhere*, Ruger is every ladies next book boyfriend. I know he is now mine. I will admit, I'm a book whore and proud of it. Reaper's Legacy is one hell of a hot book, it will have you fanning yourself and screaming at Sophie to just go for it, get a little taste of him. Joanna Wylde take's you into the world of a motorcycle club. I enjoyed reading that she actually sat down and and talked to people who are in the life style. She had a lady who is attached to an outlaw MC go through her manuscript and correct something if it wasn't right. So, with this book, she let us inside what a true MC is really like. For those who loved Horse and Marie, we do get to read about them and what going on. I personally loved that, since I fell for Horse. We also get to know the other bikers and their old ladies. I definitely want friends like those girls, where can I find some like them?! There are funny moments, heart breaking moments and moment's that will piss you off. It has everything you would want in a MC book, I promise you that. This book is hot, hot, hot and the back and forth makes it even better. I'm a true fan of Joanna Wylde and will read anything she puts out. I love her writing style and how she brings us into the world she created. I give this book 5 HUGE STARS!!!!

Add Reaper's Legacy to your Goodreads:

To win a ebook of Reaper's Legacy (WHEN RELEASED) gifted via Amazon from me, like my Facebook page and leave a comment stating here that you did. I will pick a winner on Tuesday 1/21.