**RELEASE BLITZ WITH REVIEW** Crossing The Line by Kendall Ryan 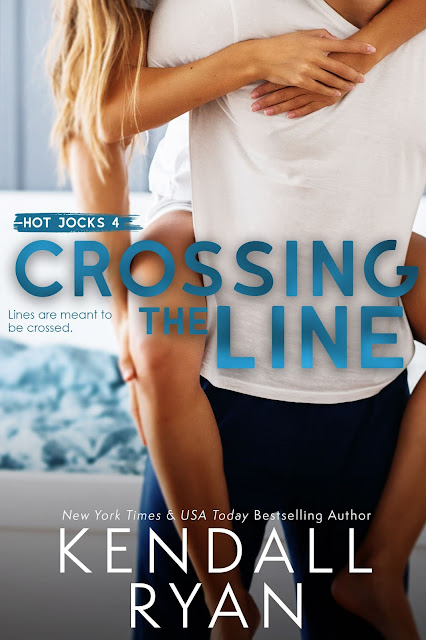 Recovering from a pulled groin muscle isn’t exactly how I planned to spend my much-needed summer vacation.

But I’ll admit, being nursed back to health by my gorgeous friend Bailey, who’s just graduated from medical school, doesn’t exactly sound like a hardship.

We spend a week together at my family’s beach house, a week of swimming and barbecues, a week of entertaining my little cousins and sleeping right across the hall from each other. A week of watching Bailey grow closer with my mom and sisters, and my wacky but lovable grandma. A week of enjoying Bailey tending to me—which is saying something, because it involves a lot of shoving ice packs into my underwear and taping up sore muscles.

She’s funny and kind, and after just being myself for the first time in a long time, my walls come tumbling down. But when Bailey says she’s not looking for a relationship, I’m bound and determined to be more than just the fun hookup who sprained his groin a second time—this time with her. 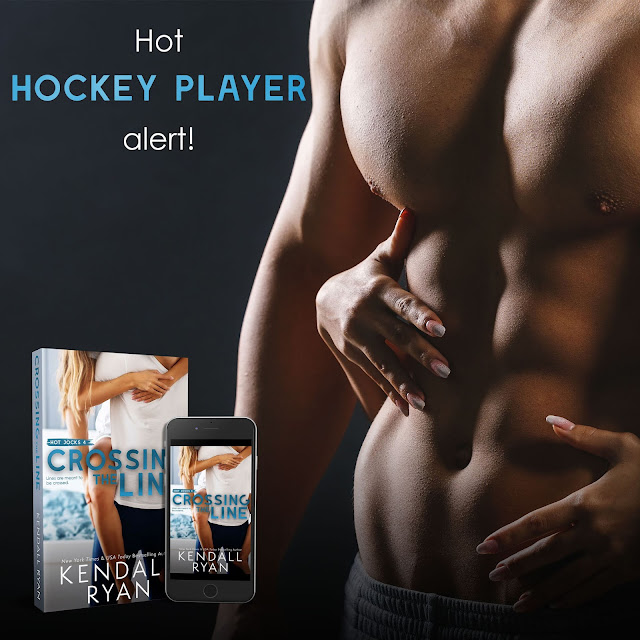 This is the fourth book in the Hot Jocks series.  They are complete stand alones, and can be read in any order.
This is Asher and Bailey's story.
Asher is the last single guy in his friend group.  He isn't against commitment, he just hasn't found a girl to commit to yet.
Now that his season is over because of injuries, maybe he'll find her right in front of his face.
Bailey gets to play personal nurse, even though she's a doctor.
I love how Asher's family immediately accepts Bailey.  They know she's it for him.  Now for both of them to realize it.
This is a good story.

A New York Times, Wall Street Journal, and USA Today bestselling author of more than three dozen titles, Kendall Ryan has sold over 3 million books and her books have been translated into several languages in countries around the world.
Her books have also appeared on the New York Times and USA Today bestseller lists more than 70 times. Ryan has been featured in such publications as USA Today, Newsweek, and InTouch Magazine.

She lives in Texas with her husband and two sons.

Visit her at: www.kendallryanbooks.com for the latest book news, and fun extras.

Subscriber to the newsletter: http://www.kendallryanbooks.com/newsletter/