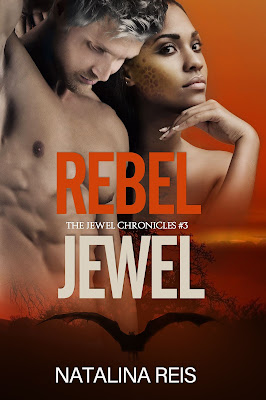 Milenda never wanted the responsibilities that came from being a royal heiress. After three years in exile, she’s called back home to ignite a revolution. A revolution that will spill innocent blood and endanger her husband and baby daughter.
After a lifetime in captivity, Jaali only wants a quiet life with his wife and daughter. But the gods have other plans, ones that promise a wave of destruction. To rescue their people from the Elders and free the enslaved, Milenda and Jaali must put aside their fears, summon all their courage and wits, and march head-on into a bloody revolution.
Even if their love for each other carries them, unscathed and victorious, to the end, the revolution may yet destroy the lives of the ones they hold dearest.
Rebel Jewel is the third and final book in The Jewel Chronicles. A unique interracial romance set against a breathtaking fantasy world with complex characters and twists at every turn. Let Rebel Jewel take you to another world. 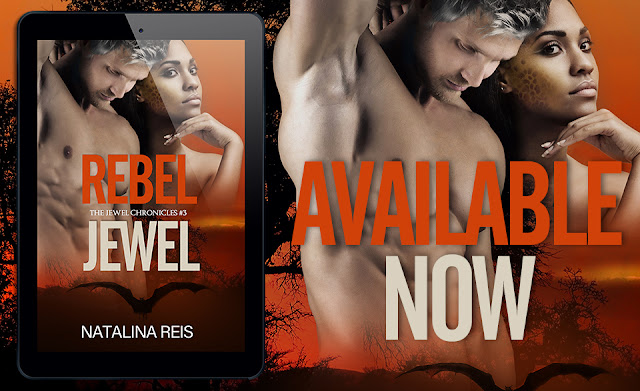 The goddess seemed to radiate light, her warmth surrounding Milenda like a comforting embrace. “I had to come and see you off on your journey back. My sister, Freya, was kind enough to allow me the visit. She is quite taken by you and your man.”
With the northern divinity, it was always hard to tell. She favored sarcasm and often vulgarity to being straightforward.
“There’s no need to be scared, Jewel.” Easy for her to say. She was not the one walking into the grip of power-hungry men who wanted her dead. “Your father will protect you.”
“He didn’t do that great of a job when I was in Natale, did he?” Milenda loved her father and she now knew that he loved her too, but after a lifetime of being treated like a stranger in her own home, bitterness still soured her heart once in a while. “He has a new wife, why would he care to protect the daughter that can bring nothing but turmoil to his life?”
Yemanjá let out a long sigh. “My sweet Jewel, your father is as anxious to start a revolution as any of us.” Why did the goddess think she wanted to start anything? “Now that he has been made aware of what’s going on in his land, he wants to change it. Melchior doesn’t want to be referred to in history books as the one who allowed slavery and other barbarities to coexist with a civilization proud of its culture.”
The goddess had hit a nerve. Milenda wanted to end slavery and the savagery of rituals like the Trials that almost killed her husband. As reluctant as she was to start a war of any kind, she knew it was necessary for much needed changes to take place. The problem was she was not alone anymore—she had a consort she loved more than life and now a daughter too. Her matangazos prickled, unpleasant electric-like shocks, the cold fingers of fear running up her shoulder and neck.
“Kidogo moja, I came to collect my dues.” The tall and exquisite woman’s lips were stretched into a thin line, but her eyes were soft and shiny. “I helped you save Jaali. Now you must pay for it.” 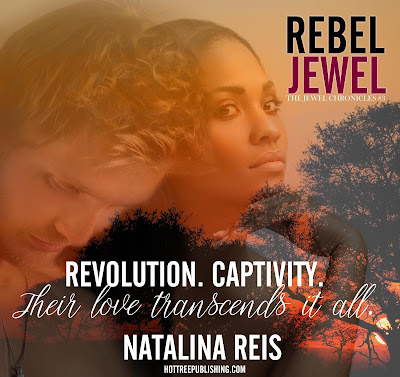 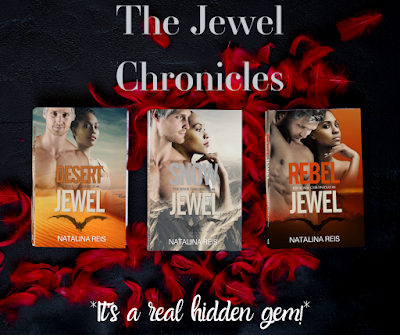 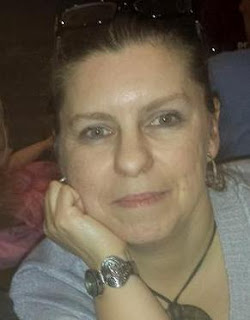 Author of We Will Always Have the Closet, Desert Jewel, and Loved You Always, Natalina wrote her first romance in collaboration with her best friend at the age of 13. Since then she has ventured into other genres, but romance is first and foremost in almost everything she writes.
After earning a degree in tourism and foreign languages, she worked as a tourist guide in her native Portugal for a short time before moving to the United States. She lived in three continents and a few islands, and her knack for languages and linguistics led her to a master’s degree in education. She lives in Virginia where she has taught English as a Second Language to elementary school children for more years than she cares to admit.
Natalina doesn’t believe you can have too many books or too much coffee. Art and dance make her happy and she is pretty sure she could survive on lobster and bananas alone. When she is not writing or stressing over lesson plans, she shares her life with her husband and two adult sons. 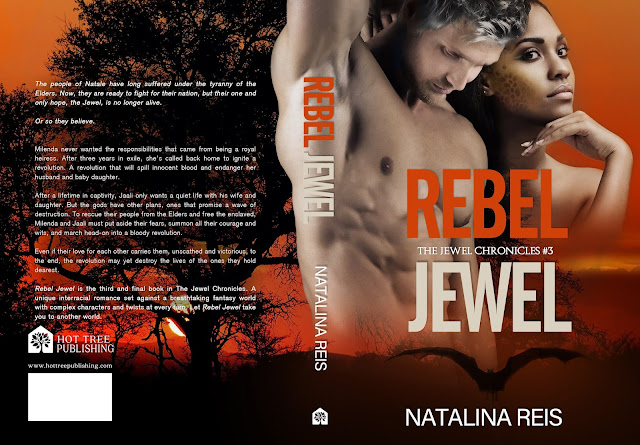