Who should read this book: A Raven’s Touch and A Raven’s Revenge are for those of you who love paranormal, fantasy, horror, with a splash of adventure. What’s A Raven’s Touch about? Justice St. Michaels has a secret. Not only is she the Heaven’s chosen one, but none of her friends are even human. Justice meets mysterious stranger, Darien Raventhorn who says she holds the key to his curse. To avenge a family death, Justice must embrace her birthright, and slay a demon before all Hell breaks loose.

What’s A Raven’s Revenge about? Hell hath no fury like an angel scorned. Justice St. Michaels is on a mission from God to avenge her parents' death, even if it means hunting demon Seliki to the depths of Hell. Justice and her powerful friends won't back down until His will is done. Can an angel, witch, vampire and elf take on Hell and come out alive?

A snippet of A Raven’s Touch:

It started two days ago.

Every night, I hoped to wake up in my bed. Instead, the sound of rushing water always caught my attention. Tiny droplets of mist kissed my skin. Pine needles pricked my bare feet as I shuffled along. This certainly wasn’t my bedroom. The ever-shifting twilight surrounded me. What was I doing in the Rouge Valley forest, again?

A streak of pain crackled through my body, and my head snapped forward. I let out a scream as my back burned like it was on fire. A flock of small birds took to the sky, causing the leaves to shudder. I hugged myself as if I could stop the throbbing. My entire body felt like a fresh wound. With tears in my eyes, I looked up to the Heavens for guidance, but the silence was deafening. To my left, little feet hopped through the bush. I could only imagine what I must have looked like, with long, black hair strung about my pale face, and the dark circles I’d had of late. I’d run away from me, too.

I staggered and wobbled my way to the closest tree, since my feet were half-asleep and not cooperating. The minute my back made contact with the rough bark, a fresh surge of pain bloomed, and I breathed fast and hard to stop myself from passing out.

“Please, just stop,” I begged through the tears.

For a blessed moment, the pain subsided. I let out a deep breath of gratitude. Slowly, something trickled down my back. That didn’t feel like sweat. My hand scrambled like a live wire to investigate. Immediately I felt my fingers become covered in blood, and the rich smell of copper flooded my senses. My fingers circled around to find two bone-hard lumps. Investigating further I felt around them, and I figured they were each the size of a split English muffin. Not too large, but definitely there. I was bleeding again.

“What the...?” I pushed myself off the tree, and my stomach churned from the wet-Velcro sound.

The sun was starting to peek through the tall pines. I was about half a mile from my house. I stepped away from the tree and bit back the urge to throw up. I didn’t even want to think about my blood- crusted back. I had to get home. Every bone in my body wanted to rest, but there was no way I was staying here. Thank goodness the county voted for street lamps, or I really would be lost. My shadow on the pavement stretched far and danced out to the next spotlight. The one-dimensional version of myself was footloose and fancy-free. What I wouldn’t give to not have dangerous night-walking spells.

Soon enough, I was walking up my driveway and heading for the side door. My hand wrapped around the handle, and I quietly pushed the door open. Living in the boonies, we’d never locked our doors, and at this point, I was grateful for small favors. I avoided the squeaking tiles and tiptoed up the stairs to my bedroom, then headed straight into my bathroom. I stripped off my clothes, leaving them like a breadcrumb trail to the shower. As I tried to remove my T-shirt, I winced; my back muscles hurt so bad I almost screamed out. Finally, I managed to shimmy the shirt over my head. The back was ripped and reeked of copper. Wrinkling my nose in disgust, I balled it up and tossed it in the garbage.

In the safety of my shower, I turned on the water and let it wash over me. Ever so gently, I touched my back and felt the broken skin where the two lumps protruded. What on earth could they be? My breath quickened and I started feeling lightheaded. Keep it together, Justice. I leaned my forehead against the tile and felt my face relax.

If I told my parents I’d been sleep walking again, they’d probably install a camera and an alarm system. There goes all my privacy. Maybe, if it got worse, I’d go see Moira’s mom. The cuts weren’t deep, but the flesh was tender. My tears mingled with the red water as I curled up in a ball. I winced. Even the water stung. My hand fumbled along the wall to find the soap. I lifted my face to channel the water out of my eyes. A tiny red river flowed down the drain.

It was too humid, and I was starting to prune. I turned off the water but remained crouched. The adrenaline leaving my body made me feel like a liquid pool of flesh, devoid of bone. As hard as I tried to remember, I had no idea what was happening to me, or how I got out to the river. Was this what it was like to survive a train wreck?


A snippet of A Raven’s Revenge:

I opened my eyes to pitch-black nothingness. Moving my shoulders, I felt the familiar weight of my backpack. At least that made it through, but where the heck was everyone? Was Hell supposed to be this dark? Sure, I didn’t expect a red, cloven-hoofed devil holding a pitchfork to greet me.

I reached out, hoping to find a clue as to where my friends were, but only felt air. I stretched my foot forward, then stopped. For all I knew, there could be a cliff right in front of me. Yes, I had a heart full of faith, but I wasn’t going to take stupid risks, especially not here.

A cold sweat ran down my spine; breath caught in my throat, heart pounding like crazy. Thudthudthudthud. I pressed a hand to my chest, somehow thinking it could force my heart to slow. Instead, heat flared on the back of my neck as electrifying panic spread through my body. Something about being surrounded by darkness triggered an alarm in my brain.

Each gasp for air felt like a gulp of water as I drowned in anxiety.

It can’t end this way.

Falling to my knees, I closed my eyes. “Darien,” I croaked in between breaths, saying my friends’ names like a prayer. “Moira. Tom."

The second I saw their faces in my mind’s eye, my heart slowed, my anxiety subsiding. Exhaling slowly, I focused on them as if they were my lifeline.

Darien, with his playful smile and soulful grey eyes. I could get lost in them forever. Never did I imagine someone like him would love me, or vice versa. Who dates a vampire? He was a suave guy with a maturity beyond anyone I knew. The pebbles he’d throw at my window might as well have been him loudly declaring his love for the neighborhood to hear. The charming note he wrote me, how he leapt in front of me to take Seliki’s knives to the face, when he used his powers to deflect the sheriff... It all showed me he was in it for the long haul.

Even when I was a broken, sobbing mess after my parents died, he was there for me. Never once did he try to take advantage, even though he could have turned me into his slave. Instead, he gave me all the power, let me decide how far I wanted to go. Now he was in Hell because of it.

Moira... My sweet, vivacious, spirited Moira, who stood by my side no matter what. Always ready to fight bullies, demons, whatever came our way. She saved me in more ways than I could count. Who needed a sister when I had a friend like her? Why she hid her magic, I’d never understand, but it came in handy. She was always ready to follow me. And now look where it got her.

Tom, a gentle giant with a huge heart. That little boy with sky-blue eyes and corn silk hair, who grew way past six feet tall. With a swoon-worthy smile, it was no wonder Moira fell for him like a stone. At least something good came out of my tragedy.

I stifled a sob when my thoughts settled on my parents. Seliki pushed them beyond their powers. To think their last thoughts were to protect me. I gritted my teeth. Never would I feel that helpless again. If Seliki wanted a battle, she had one coming.

Slowly, the heat left my body like a fleeting whisper. When I fluttered my wings, I barely heard them, the room (or wherever I was) ... muffled the sound.

Where in hell am I? 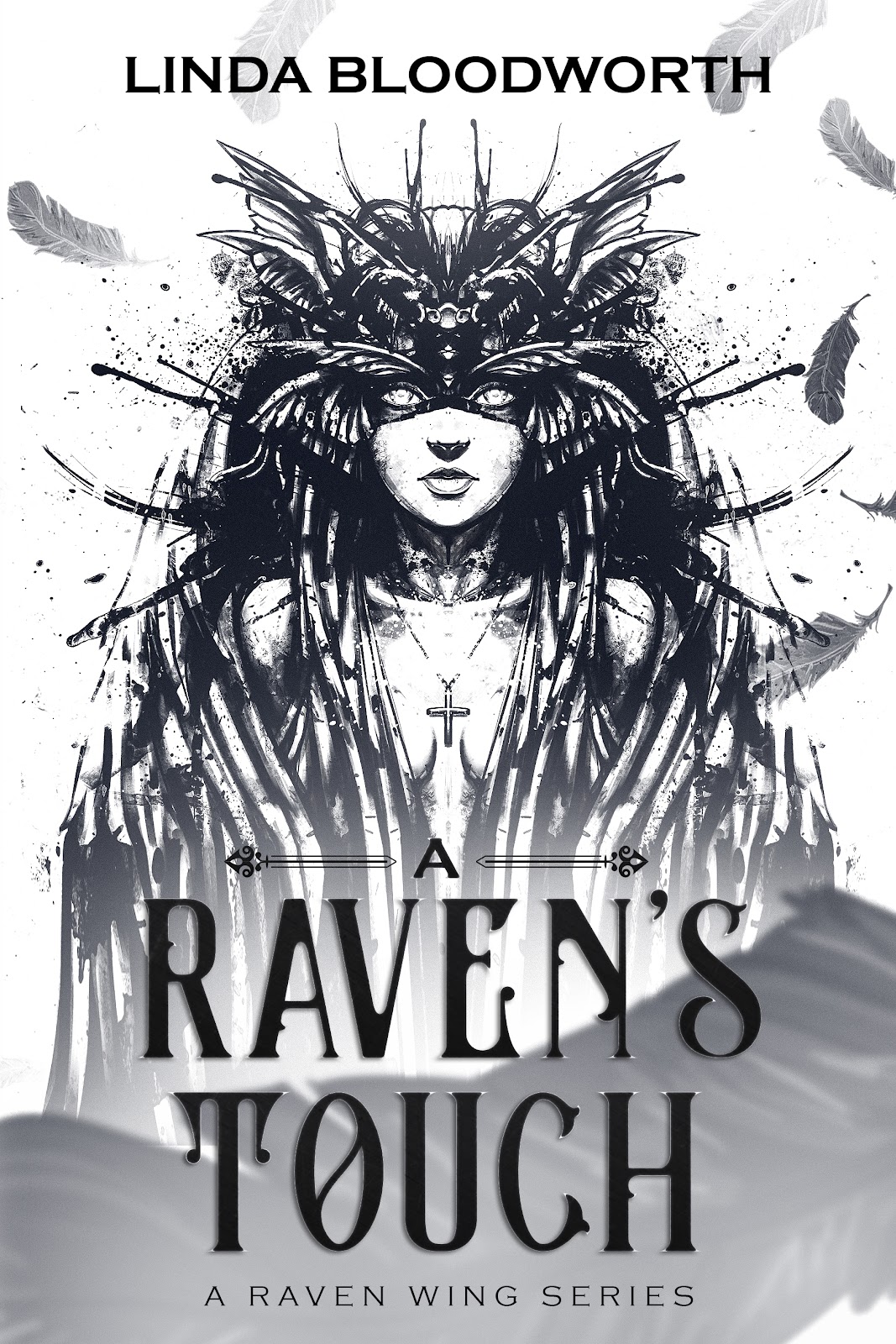 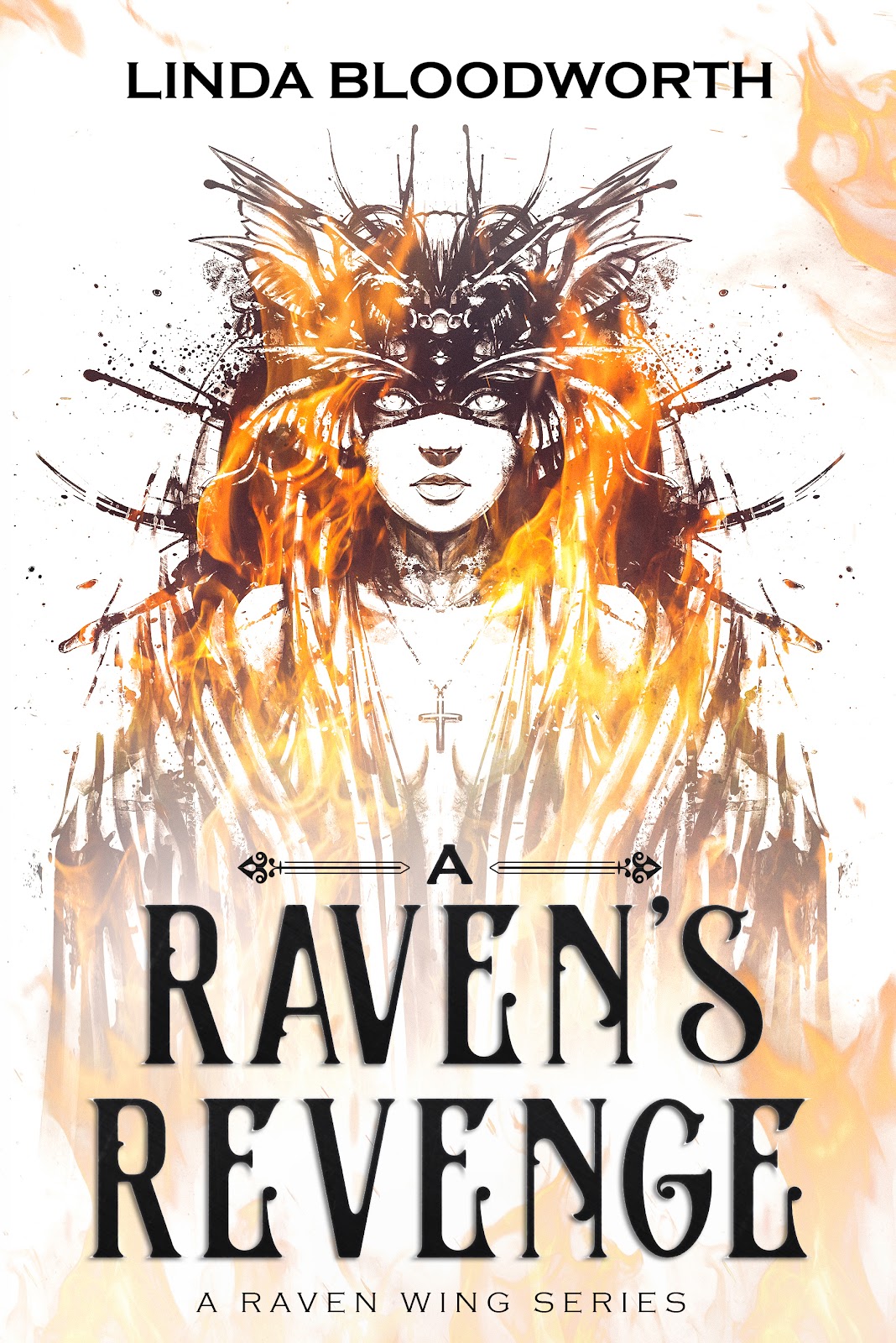 BONUS: If you pick up the paperback, for either book, the ebook version is FREE!

Pick up the long-awaited sequel today and chat with others who also love the Raven Wing series!

Make sure to sign up for Linda’s newsletter so you know when there’s a giveaway, freebie, or any other fun news.